Recognises the haveli, where his family had taken refuge to escape communal frenzy, on social media 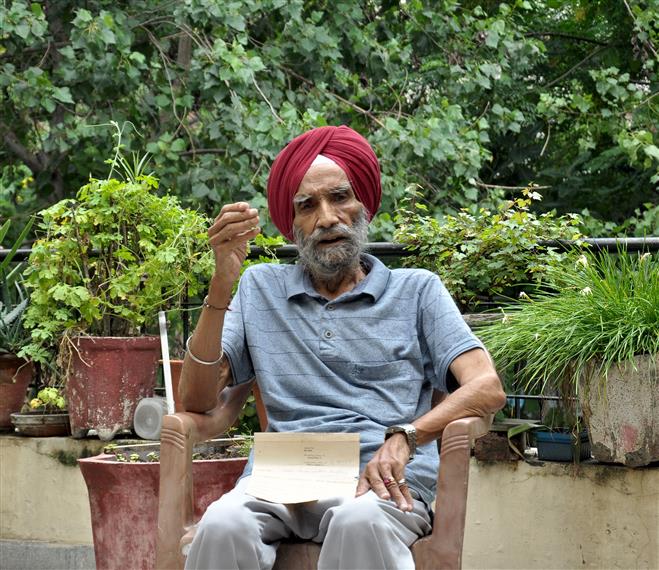 Even as his long cherished dream of revisiting his birthplace at Khangarh in Muzaffargarh district of Pakistan remained unrealised, 81-year-old NS Gabarhia, a retired station master, immediately recognises the haveli, where his family had taken refuge to escape mobs.

Born on September 16 in 1941 at Khangarh, a Mohammedan princely state, he fondly remembers six years of his childhood spent in the dusty town.

His father Dr Manmohan Singh, who was a passout of Government Medical College, Amritsar, in 1937, was a family physician of Nawabzada Nasrullah Khan, the then ruler of the princely state. He was extremely happy to see the haveli, where his family had taken refuge during the Partition on social media. The occasion was to open a museum in a part of the ancestral haveli of Nawabzada Nasrullah Khan last year.

“I immediately recognised the haveli where I had stayed along with my parents, father Dr Manmohan Singh, mother Jeet Kaur, siblings Narinder Kaur and Surinder Kaur, besides uncle Charan Singh, for a long time,” he said.

Keen to visit his birthplace, he requested Prime Minister Narendra Modi to give liberal visas to aged from both sides to re-visit their ancestral places to mark 75 years of Indian Independence.

Gabarhia recalled that Nawabzada had taken his entire family and of compounder Madan Lal into the haveli after communal riots broke out preceding the Partition. He said once Nawab had even opened fire on rioters after they tried to force their entry into his haveli.

“We lived in that haveli for well over six months. Then under the vigil of Gorkha troops, we boarded the train to reach the Chheharta railway station on the outskirts of Amritsar,” he remembers.

He said he always wanted to visit his birthplace. Once he tried to visit the town when he was employed with the Railways, but dropped the idea after he was asked to answer 21 questions.

In 2019 as a part of the Sikh Jatha he visited historic gurdwaras in Pakistan, but was not allowed to visit Khangarh. Keeping a track on the development of Khangarh’s Nawab family, he said Nawabzada Nasrullah Khan died on September 27, 2003. Following in the footsteps of their father, his both sons Nawabzada Mansur Ahmad Khan and Nawabzada Iftikar Ahmad Khan became politicians.