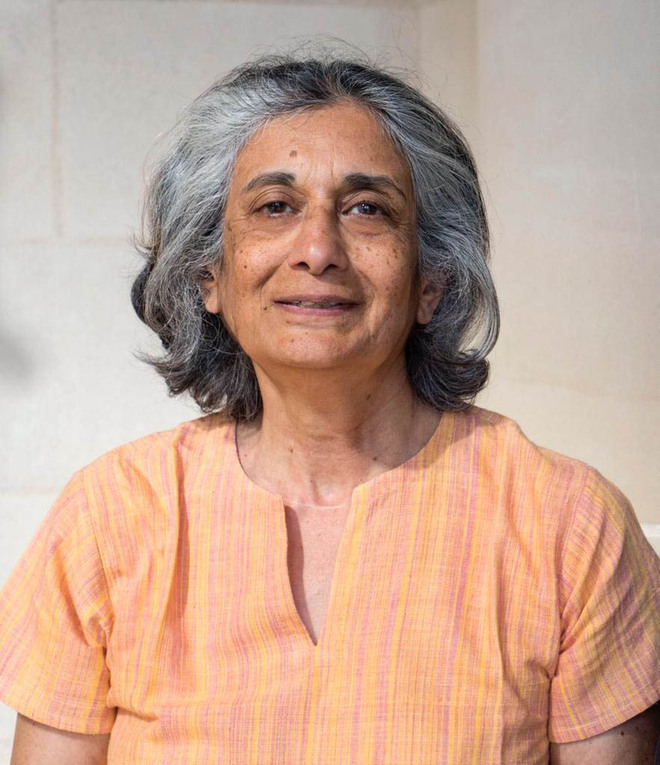 Ritu Menon, writer and publisher, discussed her book Zohra - a biography that traces the journey of an exceptional woman and artist - the doyenne of the Indian Theatre - Zohra Sehgal. The event took place at the ongoing Sanjha Punjab festival by the Majha House. Menon, who is the co-founder of Kali for women, a publishing house dedicated to publish works of women in India, was in conversation with writer Jerry Pinto and Aamer Hussein.

Ritu, who is a Padma Shree recipient, said she was immediately drawn towards penning a biography of Zohra, as she always found her to be exceptional. And not just as a subject, but as a subject for a feminist book. "Biography is a neglected genre in India and Zohra was the only person, who was well-versed in all performing arts except music. She managed to do all this at a very particular time junction. She happened to be at the right place at the right time. She was with Uday Shankar, with Prithviraj Kapoor when they were breaking the mould. She was in London when multiculturalism was just beginning. And to me that is simply extraordinary. As a woman and a publisher, I simply had to document this," she said. When asked about how she had chronicled Zohra's life, Ritu said Zohra had spent most of her acting years in England and very little in India.

"It is interesting that her acting career consists of only small, character roles because she was already in her fifties. But she did such a wonderful job performing these character roles that she got noticed and roles began to be written for her. And that is the period I am more interested in," she said.

The book has a chapter titled 'Intermission', which according to Ritu explains Zohra Sehgal's time in Delhi when she was not performing at all and worked as an administrator. "Her life just happened to be very like a play with all its divisions. So, I called that particular period of her life intermission," she said.

Ritu says, "When she was 18, she decided to go to Europe not to become a pilot but a dancer. And that is as exceptional a decision as she was a woman and not many people might know about it."