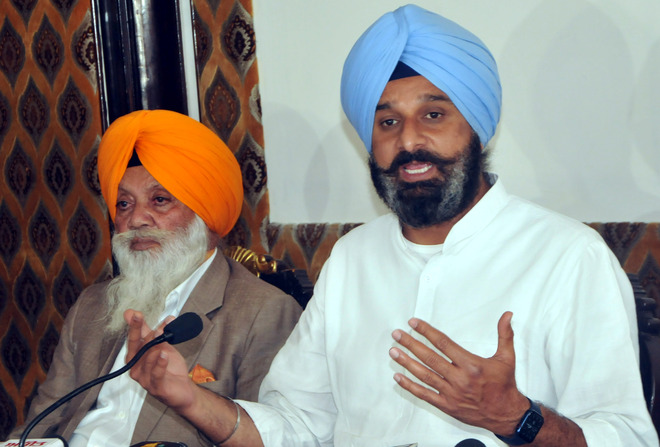 He appealed all the MLAs cutting across the party lines to oppose Finance Minister Manpreet Badal’s bundle of lies.

“The CAG report also mentions that hardly any expenditure has been done on health and education sector. This nails the lies of Finance Minister that the state economy will be brought back on track,” he said.

Majithia asserted that his party’s legislators were suspended in a pre-planned manner because the Chief Minister Capt Amarinder Singh was befooling people during his reply to the Governor’s address.

He said they would continue to raise major issues, including complete loan waiver of farmers, jobs for youth, Rs 2,500 unemployment allowance, Rs 2,500 old- age pension and Rs 51,000 Shagun scheme, among others.

“The Congress government can spent crores on defending Mukhtiar Ansari, but is not ready to protect human rights activists, Nodeep Kuar and Shiv Kumar,” he said.

Majithia said the CM had played politics by hiding his role in finalising the agricultural ordinances and mischievously quoting a selected portion of a letter of the SAD chief to befool people, besides misrepresenting the role of former minister Harsimarat Kaur Badal, who rose to the occasion on the day of reckoning to resign from the Union Cabinet in solidarity with the farming community.

He said the Speaker did not allow the SAD MLAs to have clarity on why Congress chief Sonia Gandhi and Rahul Gandhi had left the country purposely when the Agri Bills were tabled in Parliament.