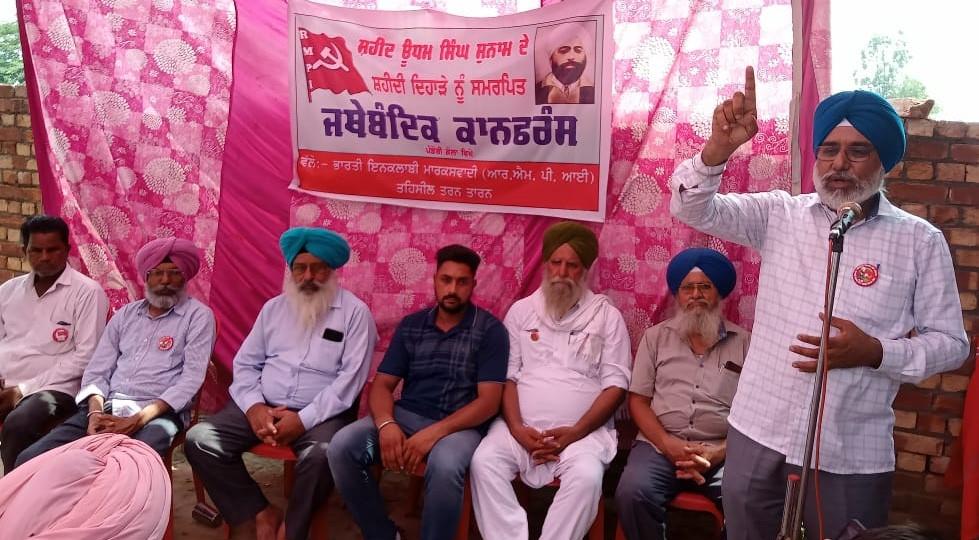 Pargat Singh Jamarai, state leader of the RMPI, addresses members of the party during a conference in Tarn Taran.

Dedicated to the martyrdom day of Shaheed Udham Singh, the Revolutionary Marxist Party of India (RMPI), in its local tehsil-level conference organised at Pandori Gola village on Wednesday, discussed political, economic and social conditions at the national and state levels.

While addressing on the occasion, Pargat Singh Jamarai, state leader of the party, alleged the wrong policies of the Union Government like selling public sector institutions to big corporate houses were resulting in a rise in unemployment, inflation, corruption, etc. Such policies were the main reason behind the ever-widening gap between the rich and the poor.

Baldev Singh Pandori and other leaders condemned the AAP-led state government. They said the AAP’s poor performance had disappointed the people. Resolutions regarding people’s current demands and problems were passed in the conference.

Besides, Baldev Singh Bhail was elected tehsil president, Baldev Singh Pandori as secretary and Jasbir Kaur as treasurer on the occasion.