Father had accused Prabhjeet Singh of shooting his son 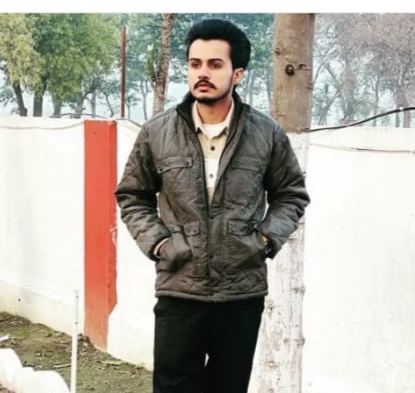 Rishiwant Singh (pic), who was shot at in the road rage incident three days ago, succumbed to his injuries at a private hospital here on Thursday following which the police had added murder charge to the FIR.

He was allegedly chased and shot in the head by a couple of youths after his car hit their bike when he along with his friends was returning home from a marriage function.

Harpal Singh, a BSF soldier and father of Rishiwant (20), had accused Prabhjeet Singh of Dolenangal village of shooting his son. However, Prabhjeet was also admitted to the Baba Bakala Civil Hospital following a head injury allegedly caused during the clash.

However, the police later on registered a cross case after the prime suspect was admitted in a hospital with a sharp-edged weapon injury.

Weapon yet to be recovered by police

SHO, Beas police station, Mukhtiar Singh said the forensic report would confirm the calibre of the weapon used in the incident. The weapon has not been recovered yet.

Swarndeep Singh, SSP, Amritsar Rural, said though a murder charge had been added to the FIR, they were taking the medical opinion about the nature of the injury of the victims on both sides. “We cannot say anything at this point of time as it would hamper the investigations.,” he said.

Rishiwant was shot in the head and left critically injured by the bike-borne persons when he along with his friends was returning to their native village Dhianpur in Baba Bakala here after attending a party on Sunday late evening.

He said while returning their car hit a bike. He sped away from the spot, but the bike-borne youth chased and shot him in the head and fled away while firing. His friends rushed him to hospital.

In his statement to the police, Prabhjeet stated that he got a call from his friend Joban that their bike was hit by an Alto car. The occupants of the car also called their friends and a clash was going on, in which the car occupants fired gunshots. He said he also reached the spot and was injured in the clash.