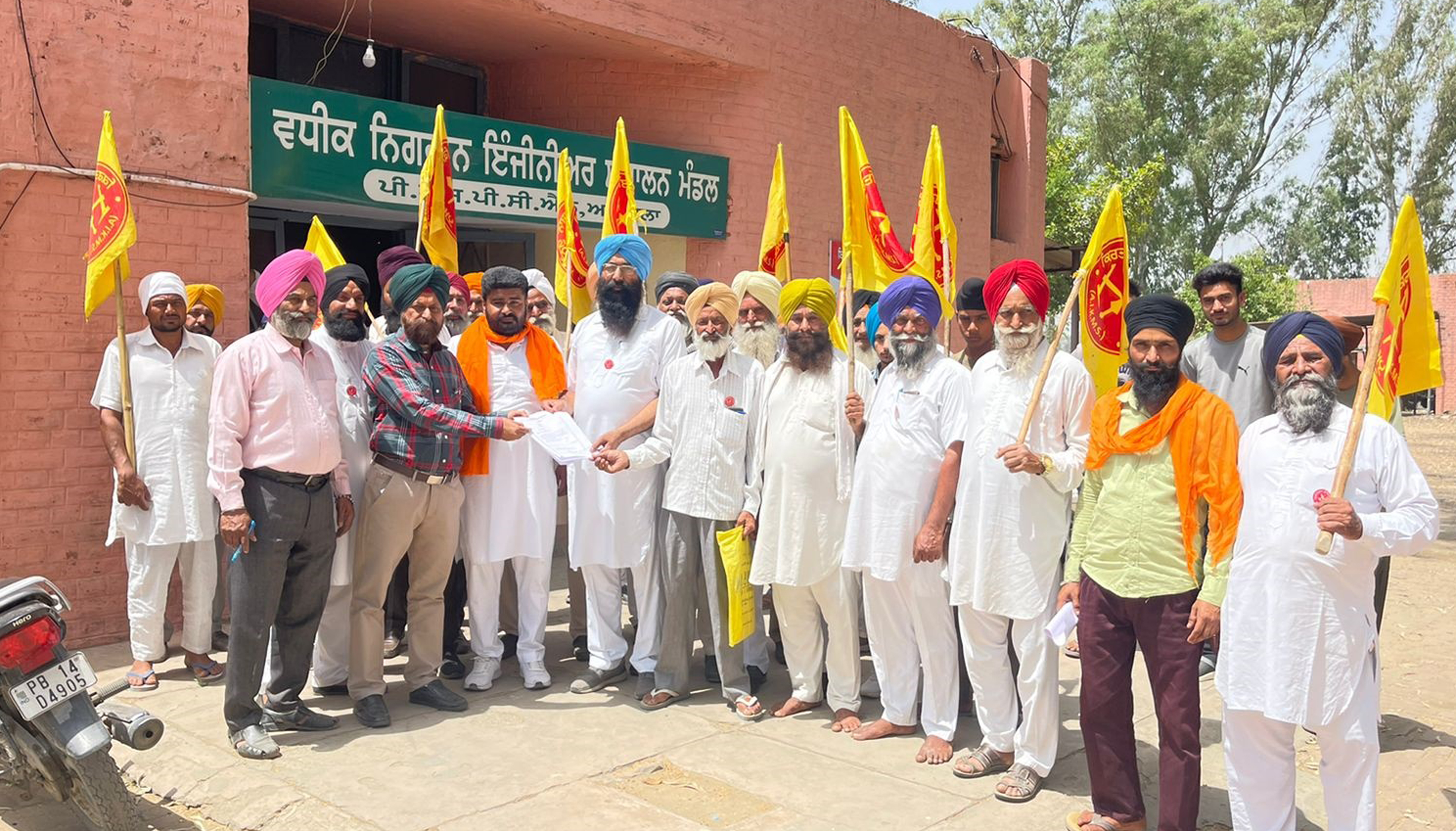 Farmers protest outside the PSPCL office in Ajnala demanding power supply for irrigation of crops on Wednesday.

Amritsar: Perturbed over not getting adequate power supply to use tubewells for irrigation, farmers staged a protest outside the office of Executive Engineer of Punjab State Power Corporation Limited (PSPCL) at Ajnala, near here, on Wednesday. Kirti Kisan Union leader Jatinder Singh Chinna said: “While power cuts are applied daily during the day to check the risk of wheat fields catching fire, power to tubewells is being given at night.” He alleged that for the last five days, rural areas are witnessing power cuts even during the night. As a result, power supply to tubewells was being disrupted. Farmers complained that dairy farmers have been greatly affected as fodder crops and vegetables are not getting enough water for irrigation. They said while fodder crops and vegetables were drying, they were unable to get required water for their animals, too. Farmers demanded that if the power corporation feels it can provide eight-hour power supply on alternate days instead of four hours daily, they must get the ensured supply at the stipulated time. The KKU leaders also submitted a memorandum addressed to Chief Minister Bhagwant Mann demanding that a minimum power supply of 16 hours be ensured for tubewells during the paddy season.