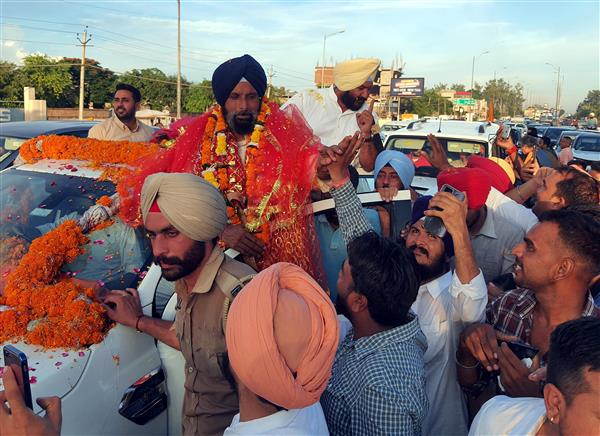 After getting bail from the Punjab and Haryana High Court in the NDPS case, senior SAD leader Bikram Singh Majithia arrived in the city to a thunderous welcome here on Tuesday.

Upon his arrival in the city at the Golden Gate, he was garlanded by his supporters who had come with dholis. With folded hands, he reciprocated the gesture with humility and gave the credit of his release to the blessings of the Guru Sahibans and well-wishes and ardas of his supporters.

Before arriving here, he visited Khatkar Kalan, the village of Shaheed Bhagat Singh, and paid homage to the martyr.

Majithia said his real victory would be on that day when he would manage to release the Bandi Sikhs.

Majithia lauded the pious lifestyle being followed by Balwant Singh Rajoana in jail. He said he has been languishing in jail since long. Rajoana has been undergoing a jail term in the CM Beant Singh assassination case.