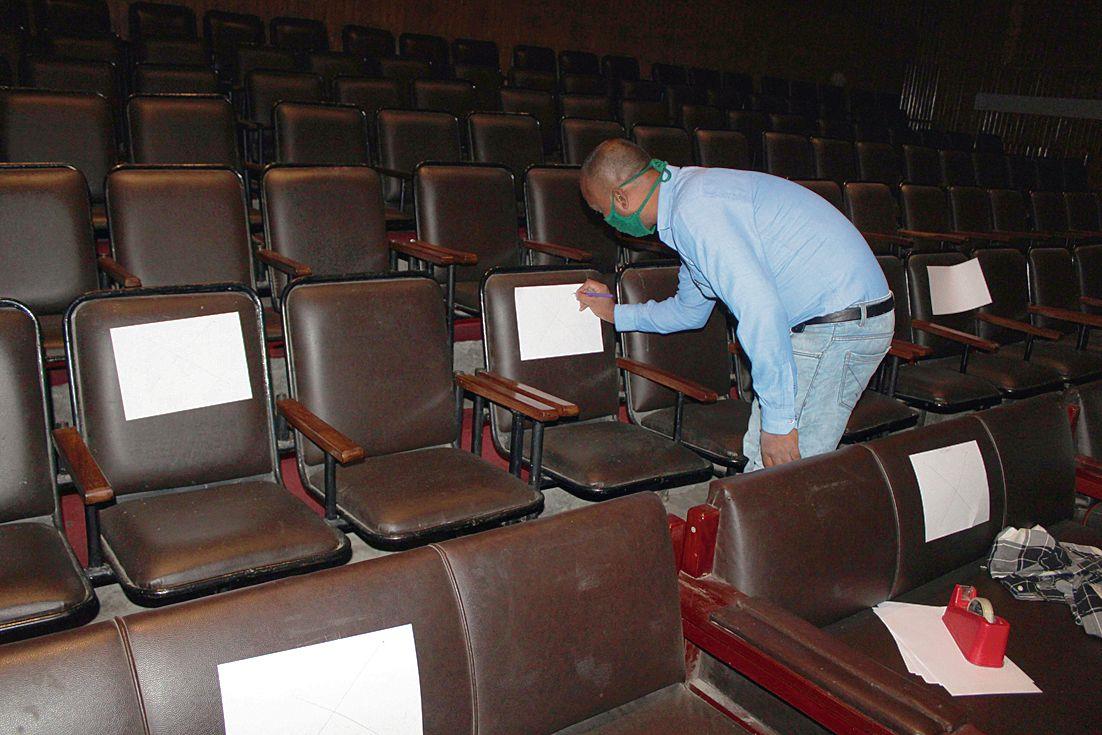 A worker readies an art gallery in Amritsar on Thursday. Vishal Kumar

Issuing fresh guidelines under Unlock 5, the district administration has allowed the reopening of certain activities outside containment zones. The order, issued by the DC, does not include cinemas/theatres/multiplexes to reopen in accordance with the Punjab Government’s directive considering the Covid-19 situation in the state.

While social, cultural and religious spaces and activities will be allowed to resume, the capping on the number of people and gatherings have been done to ensure social distancing. Under the Unlock 5 guidelines, cultural spaces, entertainment centres and parks and social clubs have been allowed to reopen.

Swimming pools for sportsperson too will reopen as per the SOPs issued by the Ministry of Sports and Youth Affairs. Business-to-business exhibitions too have been allowed, along with social/political/religious/ cultural events but capping the number of people attending has been put in place. In closed space, the number of people allowed is 50 per cent of the total capacity of the hall with a ceiling of 200 people. In open space, permission from the DC is required to host an event with a ceiling of 100 people.

Schools and colleges have been allowed to reopen in a graded manner. For Classes IX to XII, schools require parental consent and online and distance education will continue as the preferred mode of teaching. A majority of private schools in the city are awaiting parental consent to reopen, some already announcing that they will reopen in the first week of November. Government schools will reopen from October 19, with the SOPs yet to be issued by the Department of Education.

Coaching centres too have been allowed to reopen with 50 per cent staff and student capacity. Several community clubs in the city have to reopen, though not for visitors. Meanwhile, SG Thakar Singh Art Gallery reopened after a gap of seven months.

No to reopening of tourist places

Given the Covid-19 situation, the cinemas and multiplexes have not been allowed to reopen in the state despite the Unlock 5 guidelines issued by the Centre. Tourist places, too, have not been allowed to reopen and a decision to open these will depend on the number of cases to be reported in the coming days. An open-air auditorium and theatre spaces for plays too remain shut until the fresh SOPs are issued.