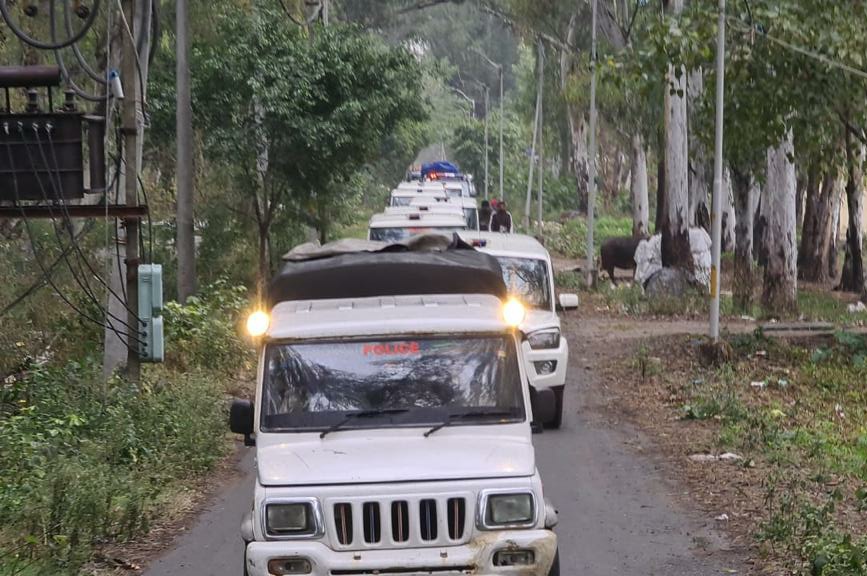 The Punjab Police have been carrying out search and combing operations in villages along the Indo-Pak border in the border districts here.

This is being done to thwart any untoward incident in view of the ensuing Assembly elections and Republic Day celebrations.

The police have been carrying out intelligence-based operations as there has been regular seizure of explosives including RDX, hand grenades and IEDs being pushed into the country by Pakistan-based banned terror modules.

IG Border Range Mohinish Chawla, while talking to The Tribune, said special nakas have been set up and round-the-clock vigil has been maintained to check the movement of miscreants near the border.

“These are sensitive times as Punjab Assembly poll and Republic Day celebrations are just round the corner. We have paramilitary forces companies with us and therefore border areas were combed and intelligence network has been strengthened,” the IG said.

There has been a rise in the movement of drones to drop arms, ammunition, explosives and narcotics by Pakistan based smugglers who are in cahoots with banned terrorist organisations who are hell bent on creating law and order trouble during the poll.

The Amritsar rural police on Sunday carried out flag march in Rajasansi, Lopoke and Ajnala area besides carrying out search and combing operations in different border villages.

Deepak Hilori, SSP Amritsar rural, said we are acting in close coordination with the BSF. The Punjab Police is working as the second line of defence and we have strengthened the same.

A close eye was also kept on history sheeters who had come out on bail, said the police authorities. We are taking the details of residents staying at the border villages.

Amritsar: Incessant rain on the intervening night of Saturday and Sunday threw life out of gear. The day was cloudy and light showers were also received in isolated areas. The roads and grounds witnessed waterlogging due to continuous rain. The weather conditions also affected the rehearsal ahead of Republic Day at Guru Nanak Stadium in Amritsar. However, the full dress rehearsal would be held on January 24. Today, the rehearsal was done on wet ground, as rain water accumulated over it. No cultural programme would be held and school students would also not participate this time. “Hopefully the weather will be sunny on January 26. The jawans are enthusiastic for the march past,” said a police official. Deputy CM Sukhjinder Singh Randhawa will unfurl the national flag here on Republic Day. TNS