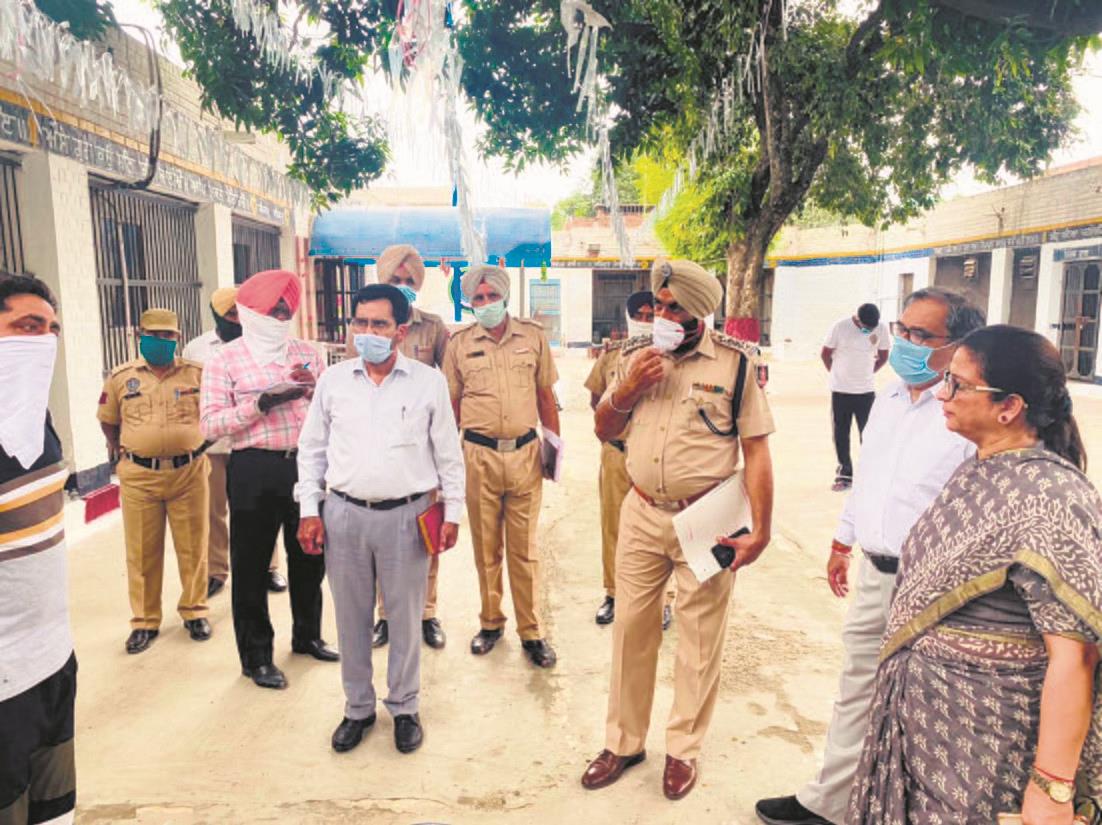 Tarn Taran: Priya Sood, District and Sessions Judge–cum-chairperson of the District Legal Services Authority, along with Gurbir Singh Civil Judge–cum –secretary of the Legal Services Authority, and other judicial officers visited the Sub-Jail, Patti, on Wednesday. The Sessions Judge inaugurated a library in the jail and supervised the living conditions of inmates. She advised the inmates to read books to gain knowledge and lead a better life. She listened to their grievances and instructed the officials concerned to address their problems. The judge also instructed the authorities to organise medical check-up of the inmates regularly and make sure to provide all possible facilities to them. She also apprised the inmates about their right of free legal aid. Jatinderpal Singh, Jail Superintendent, also accompanied the judge. OC

Amritsar: Central Jail staff on Wednesday seized a cell phone from inmate Prem Jha, who was nabbed by the rural police in connection with the seizure of tramadol, here. Bahadur Singh, Assistant Superintendent, Amritsar Central Jail, said during a routine checking, jail staff recovered a mobile phone from prisoner Prem Jha, owner of Mansi Medicos Firm, Mayur Vihar, East Delhi, from room No.2 in barrack No.3. The prisoner, arrested in June, used to run a medical firm in the name of Mansi Medicos in Mayur Vihar in Delhi from where tramadol was smuggled into different parts of Punjab, Haryana and Delhi. Meanwhile, jail staff seized another phone from prisoner Vijay Masih of Kalanaur in Gurdaspur, from Barrack No.5. While checking the 8 Chakkian guard room rooftop, an unclaimed power bank and a mobile phone were seized. Islamabad police have registered a case under Sections 42 and 52-A of the Prisons Act. TNS

Amritsar: The rural police nabbed an arms smuggler and recovered six pistols from him here on Wednesday. The accused has been identified as Beant Singh, alias Nika, a resident of Bathungarh of Tarsika area. Gurpartap Singh Sahota, DSP Attari, said Prabhjot Singh, SHO at Kamboa police station had set a checkpoint at Chowk Mirakot with the police team. Nika;s car was intercepted by the police and during search, they recovered a pistol from his trunk, 4 pistols of 32 bore and a country made pistol from the dashboard of his car. A case under Sections 25, 54, 59 of the Arms Act has been registered at Kamboa police station against him. TNS