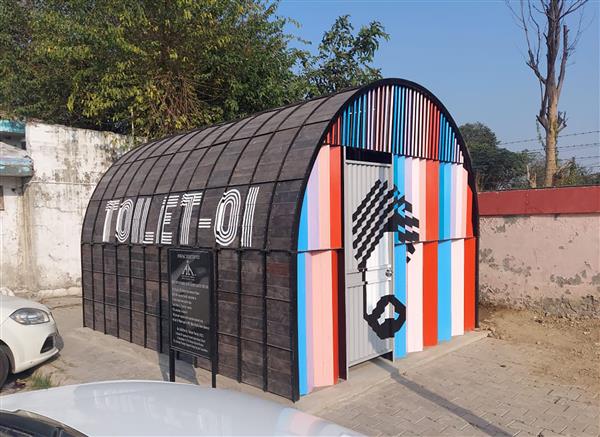 A locked toilet block in the parking of the international airport in Amritsar. Tribune photo

The lack of civic amenities at public places in a city like Amritsar which is thronged by visitors both from across the country and abroad is apparent at the Sri Guru Ram Das Ji International Airport here. Even as efforts are being made to increase the frequency of both international and national flights from this airport to keep the Punjabi diaspora connected to their roots and the city prepares to host the G-20 meetings, the lack of public conveniences only indicates that much effort needs to be made in this direction. The airport, a premium public place, does not even have a proper public toilet entailing hardships for the visitors bringing the Western notion of ‘Indians eat in private and ease in public’ alive.

The apathy of the airport authorities here is forcing people to complain that the toilet blocks in the parking area are often found closed. Residents demand that the senior management of the airport must look into the issue and ensure that visitors get clean and hygienic washrooms.

Former Civil Surgeon Dr Manjit Singh Randhawa who visited the airport three days ago said, “It was astonishing to see that all the toilet blocks were locked and people were easing themselves in the open.” He said in the entire parking area spread over several acres, he found only a small toilet outside the arrival gate. With thousands of people coming to pick and drop their relatives and friends, one small toilet is not sufficient, he pointed out.

Interestingly, the airport officials along with Lok Sabha member Gurjit Singh Aujla had inaugurated a community toilet constructed with 100 per cent recycled and recyclable material in October this year. The toilet was built under the special 2.0 Swachh Bharat Abhiyan campaign. However, it was also found closed often forcing people to look for other places to use as public convenience.

Another visitor Alambir Singh said, “Due to winter nights, I came to the parking area three hours in advance so as to reach the airport early to avoid driving in fog. It was very embarrassing to see people using the open area as public facility.”

He said the airport authorities can easily construct a decent washroom. In times when even a private petrol pump is bound to provide a clean toilet to the public, an international airport overlooking the basic needs of the visitors is incomprehensible, he said and not perhaps without a grain of truth for the city prepares to host the crucial G-20 meetings in March with India assuming its presidency.