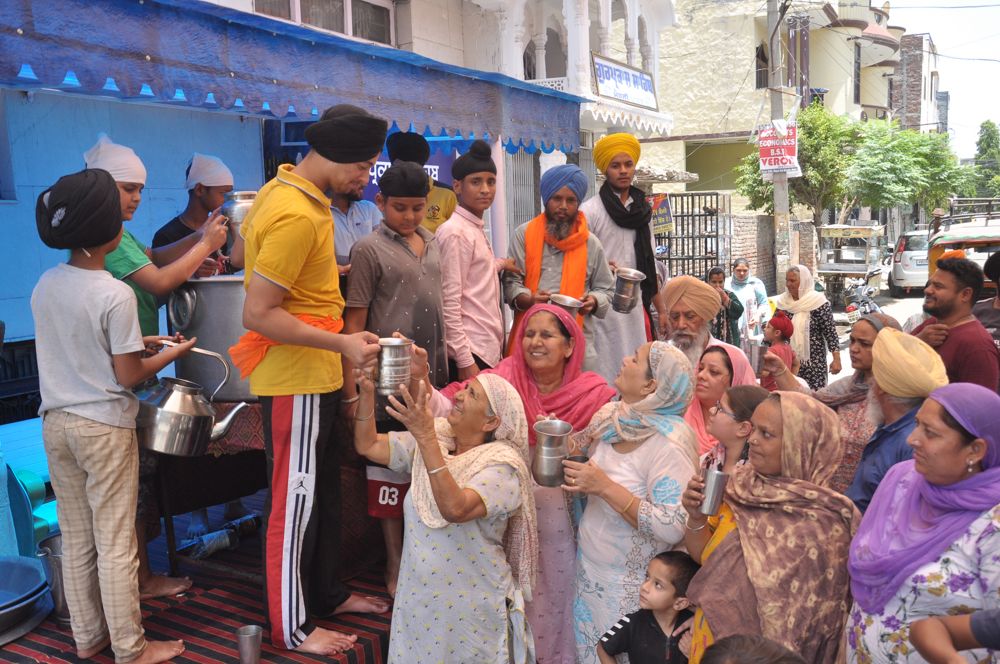 Shaheedi Gurpurb (martyrdom day) of Guru Arjan Dev was observed with devotion and Sikh religious traditions in the holy city on Friday. Sweetened water was distributed and langars were organised at different places.

Devotees paid obeisance at the Golden Temple and at historic Gurdwara Ramsar, where the Fifth Sikh Guru had edited Guru Granth Sahib and wrote Sukhmani Sahib. They took a holy dip in the Amrit Sarovar of the Golden Temple and listened to the recitation of Gurbani in the holy precincts of the Sikh shrines.

The martyrdom day of the Fifth Guru was observed by the Shiromani Gurdwara Parbandhak Committee at Gurdwara Ramsar Sahib. Bhog of Akhand Path was offered on this occasion, after which divine hymns were sung by the group of Bhai Nirmal Singh. Giani Jagtar Singh Ludhiana, Additional Chief Granthi of the Golden Temple, appealed to the sangat to take inspiration from the life history of Guru Sahib and follow his Bani. Giani Amarjit Singh, Granthi Singh Sahib of Sachkhand Sri Harmandar Sahib, also addressed the sangat. During the function, Dhadi, Kavishar and Pracharak Jathas sung Gur-Itihas (history of Sikh Gurus). Poems related to Guru Sahib were presented by the Kavishari Jathas.