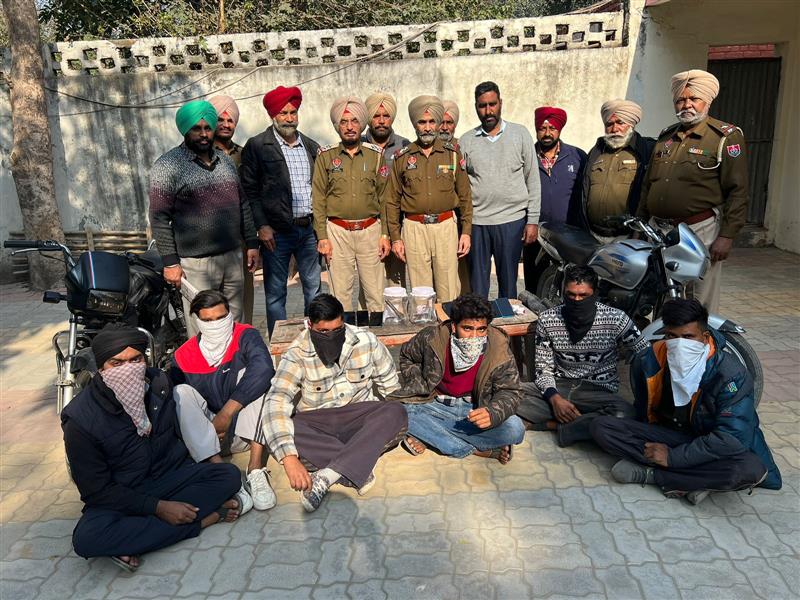 Amritsar rural police busted a six-member gang of snatchers and recovered two country-made weapons besides 10 live bullets from their possession. The police also confiscated 10 mobile phones and two bikes from them.

Hundal said the police had specific information that Harjinder Singh Jinda and his accomplices had formed a gang which used to loot people, especially commuters on the Manawala highway late at night. He said following this, a naka was laid by the CIA staff of the rural police. The police saw six persons on two bikes and signalled them to stop. However, they tried to flee but were arrested by the police. During a search, the police found two country-made pistols of .32 bore with two magazines, 10 live cartridges, two bikes and 10 phones from their possession.

A case was registered at Chatiwind police station in this regard. They were produced in the court and brought on police remand for further interrogation.

The SP said that preliminary probe revealed that besides Manawala highway, they had also committed robberies in city and rural areas. He said Manraj Singh and Gagandeep were already booked in cases registered under the NDPS Act.