Skeletons to tumble out, Bikram Majithia on CBI raids on Sisodia's house : The Tribune India

Skeletons to tumble out, Bikram Majithia on CBI raids on Sisodia's house 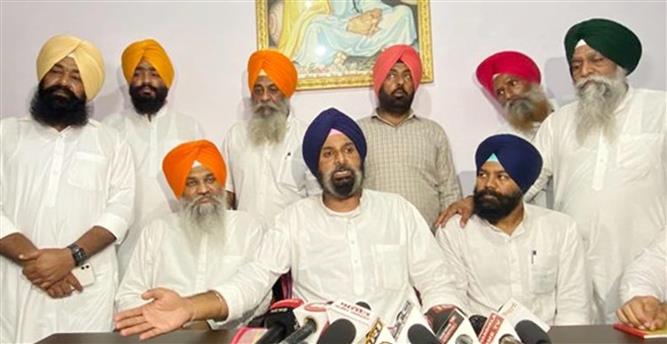 Skeletons are likely to tumble out of cupboards because of the flawed monopolistic Delhi excise policy which was implemented in Punjab also.

He was talking to mediapersons after paying obeisance at Gurdwara Baba Bakala Sahib. He said the AAP betrayed Punjabis and refused to fulfil its promise of giving Rs 1,000 per month to all women, besides regularising the services of contract employees and providing jobs to unemployed youth. “Even the much-touted power concession scheme cannot be accessed by the common man due to the conditions involved,” he said.

Majithia said the AAP government was doing nothing to help the common man who was bearing the brunt of inflation. He demanded immediate release of Sikh detainees saying the Centre should release them as they had completed their sentences long ago.