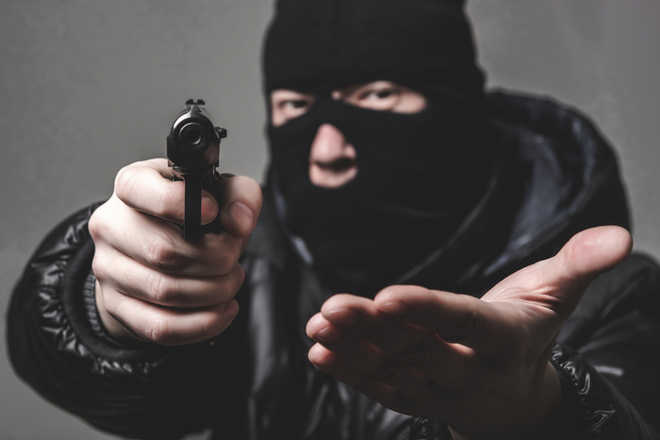 The trading community is at the receiving end with the holy city reporting three robberies in which grocery and departmental store owners were targeted by armed robbers.

The police have failed to find any clues about the perpetrators, who are having a free run. Though the police officials said the investigations were under way to nail the miscreants, shopkeepers were not at all impressed with their claims and sought their immediate arrest.

Karan Mahajan, an owner of Mahajan Mini Mart located at main Basant Avenue market near Ajanta Public School, told the police that on Wednesday he was present in his shop, when around 11.15am, two unidentified persons came and pointed a pistol at him. He said they took away around Rs20,000 from the cash counter, a silver chain, an expensive Apple mobile phone and fled towards Sri Guru Harkrishan Public School in the posh locality.

In another incident, two unidentified persons took away Rs40,000 cash from Vishal Anand, who runs a shop Shubh Kaaz at posh Ranjit Avenue area, at gunpoint. He said the accused also snatched Rs1,000 from his brother Bhrigu Anand.

Another resident Anand Kumar was robbed of his mobile phone from Dholli Mohalla by two unidentified snatchers. Police Commissioner Vikram Jeet Duggal said the police have clues about the suspects and they would be arrested soon.