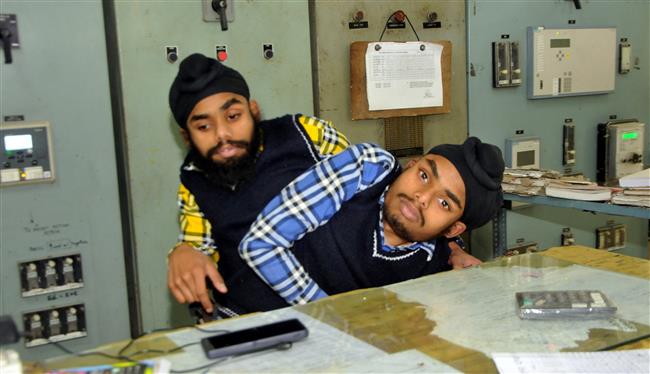 Conjoined twins Sohna and Mohna, who were abandoned by their biological parents at the time of birth, will now become role models for people as they have been roped in by the district administration to motivate people to go and exercise their ‘right to vote’ in the ensuing Assembly poll.

Securing their ‘separate’ voting rights after completing 18 years in June last year, they would cast their vote for the first time.

Under a special project ‘Sanmaan’, the Amritsar administration has chalked out a programme with a slogan christened “Aao Vote Paun Chaliye” (Come, let’s go and vote).

Amritsar Deputy Commissioner Gurpreet Singh Khaira said Sohna and Mohna would lead the project representing the PwD (persons with disabilities) and first-time voters, as well, during the electoral process.

“Sohna and Mohna are not only first timers, but specially-abled too. They represent both segments. The idea was to encourage people to vote, especially those with disability, the first-timers and the elders in the above 80 group. They will be provided transport to reach special booths meant for PwDs, where special arrangement of ramp, wheelchair, water and toilet facilities with proper signage have been made for their convenience. The entire process will be documented to be part of the government gazette,” he said.

Born on June 14, 2003, at a New Delhi’s hospital, Sohna and Mohna were conjoined below the torso, having one pair of legs. They have two hearts, two pair of arms, kidneys and spinal cords, but only one liver and gall bladder.

As their parents refused to accept them, they were brought at Pingalwara Home in Amritsar. Dr Inderjit Kaur, head of the Pingalwara Society, says both brothers had different minds, opinions and choices. They are two brains in one body.

The twins have an ITI diploma (electrical) and were recently appointed as Regular T Mate (RTM) at the 66-kV PSPCL office near the Dental College Amritsar. However, technically they would be drawing one salary on the name of Sohna only, but as far as voting was concerned, they would be treated as two individuals.

Khaira said: “They were registered by the Election Commission and will be able to cast their votes in the Assembly election this time,” he said.

Now, the officials have been working out on the modalities to comply with the technical issues dealing with the ‘secret ballot norms’, as no other person can be present when one is casting his or her vote.

“As the twin brothers are conjoined in such a way that their heads are in the same direction, one could be made blindfolded when the other one would be casting his vote,” said the officials.