Had employed 2 Thai girls at centre 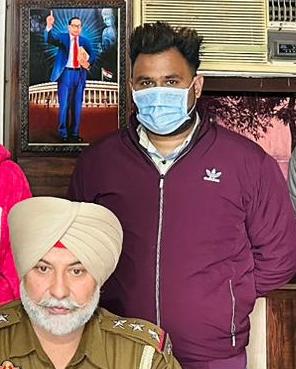 The manager in police custody.

The city police have booked a spa owner and arrested the manager for allegedly running the centre without a licence, and employing two Thai girls.

The police conducted a raid at the spa centre in the Ranjit Avenue area on a tip-off yesterday.

The manager, Lakhwinder Singh of Guru Nanak Pura, was arrested from the spot.

Assistant Commissioner of Police (North) Varinder Singh Khosa said the Thai girls just had e-visas but they were still employed at the spa. The police have booked Nikhil Bhatti, the owner of the spa centre. A case has been registered under Section 188 of the IPC and Section 14 of the Foreigners Act at the Ranjit Avenue police station here. He revealed that a preliminary probe has found that the girls had arrived in India on e-business visas. They had been working at the centre for past one month. Khosa said that the owner of the centre had taken away the passports and visas of the girls. Efforts to nab the owner are under way. He also noted that the two Thai girls would later be deported.