MC is looking for pvt player to carry out sterilisation 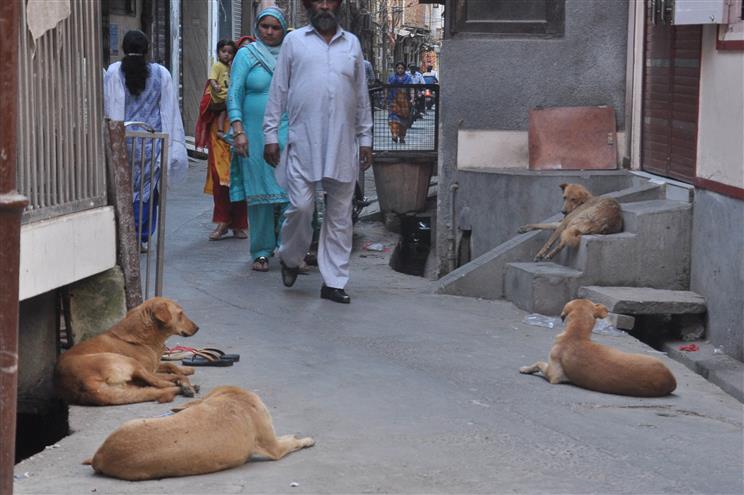 Stray dogs have become a constant nuisance for the residents of the city with the authorities looking the other way. The sterilisation process of stray dogs has been suspended due to their failure to find a private player to carry it out.

Comrade Buta Ram, a resident of the Sultanwind Road who also runs a shop in the area, says stray dogs are targeting residents as per their will. Gullible people find themselves helpless with government officials paying little attention to their safety. Most of residents in Mohan Nagar and Ram Nagar areas on Sultanwind Road complain of being attacked by stray dogs while going to offices or other destinations. They said it pained more as they were busy with some work when dogs suddenly pierced their canine or claws in their body parts.

An official residing in the Officer’s Avenue on the Albert Road said a dog recently tore his uniform. Residents say that their repeated complaints have elicited no positive response from the authorities concerned. Hawkers, ragpickers, children and bike riders become a soft target of these dogs. Several localities complain of packs of dogs roaming around for food and occupying main roads, creating a hurdle in the smooth flow of traffic also.

When contacted, Dr Kiran Kumar, Health Officer with the MC, said for the second time an e-tender for catching, sterilising, immunising, three-day long safe keep and releasing them once again in their original localities was floated. However, no party came forward to take it. He hoped that as per the norms, any private organisation coming to take part in the third e-tender to be floated soon would be given the contract. The private concern would be given Rs 850 per dog and two dog shelters at Naraingarh and Mudhal. Keeping in view the menace of stray dogs, the number of sterilisations has been increased from 30 dogs per day to 100 per day in the latest tender.