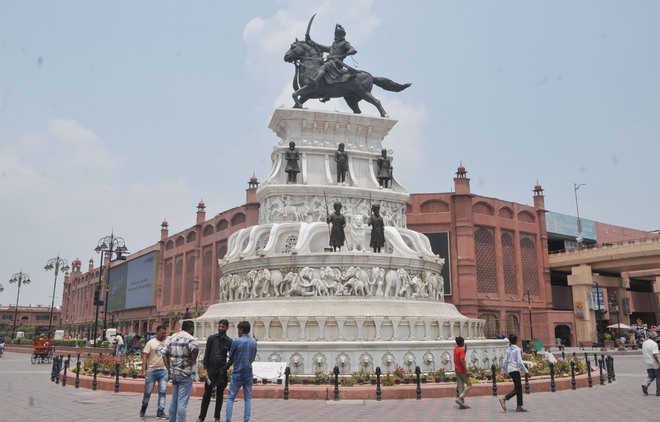 The holy city has improved its ranking by just two spots securing 32nd all India ranking in the recently announced results of the Swachh Survekshan. - File photo

The holy city has improved its ranking by just two spots securing 32nd all India ranking in the recently announced results of the Swachh Survekshan. Last year, it was at 34th place. A gigantic task still lies ahead to achieve number one position. To achieve that, residents and civic body authorities have to work together.

The annual cleanliness survey conducted by the Ministry of Housing and Urban Affairs (MoHUA) evaluates the progress of cities on various factors like segregated waste collection, processing, disposal of solid waste, sustainable sanitation and other factors.

Raman Gupta, an industrialist, says the objective of the Swachh Survekshan and the civic body are the same that is to achieve the goal of sustainable sanitation and waste management. He held both the Amritsar Municipal Corporation (AMC) and common people responsible for unimpressive performance in the survekshan.

He said the local government department had already reprimanded the MC for its poor performance in the bioremediation project. The department awarded 11 municipal corporations and councils of the state for efficient disposal of waste, but the MC received flak for the tardy disposal of waste.

Tardy pace of bioremediation work to remove heaps of garbage from the Bhagtanwala garbage dump is another major matter of concern. Segregation of waste at source was the major factor in the Swachh Survekshan. This objective remains insurmountable summit for the MC to scale. A large number of families need to be sensitised on this count.

Avtar Singh, an educationist, said a multi-pronged data collection approach for the Swachh Survekshan boosts a healthy competition among civic body authorities. However, without public participation it could not deliver best results.

Garbage lifting needs to be made robust and people should be encouraged to throw refuge at designated spots only.