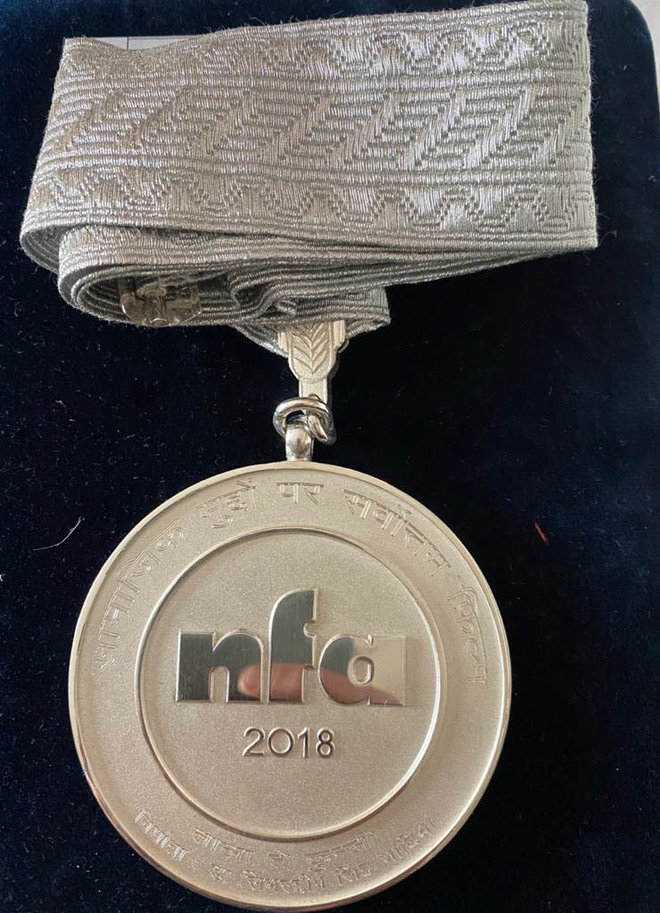 It was a big day for the team of documentary ‘Taala te kunjee’ (lock and key) and the mental health professionals from Amritsar to be among the coveted award winners at the 66th National Awards.

The national awards were given on Monday in New Delhi by the Vice-President where ‘Taala te kunjee’ was awarded “Best film on social issues” in the non-feature film category. Directed by national award filmmaker Shilpi Gulati and produced by Amritsar-based neuro-psychiatrist Dr JPS Bhatia, the docu-drama features the life and struggle of five recovering drug addicts from city, who share their journey and talk about the significance of mental health.

The team feels that the recognition will now sensitise people towards the issue. “It was a brave effort by the recovering addicts, who came forward and shared their stories of empowerment. We are glad that its worth has been duly recognised,” said Dr Bhatia, who runs a de-addiction and rehabilitation home, Hermitage, in Amritsar.

The 82-minute documentary was also among top 10 international films to be screened at the Asian American International Film Festival in New York in 2018. For filmmaker Shilpi Gulati it was a second national award, she had earlier won the national award for Best Anthropological/Ethnographic Film for “Qissa-e-Parsi”.