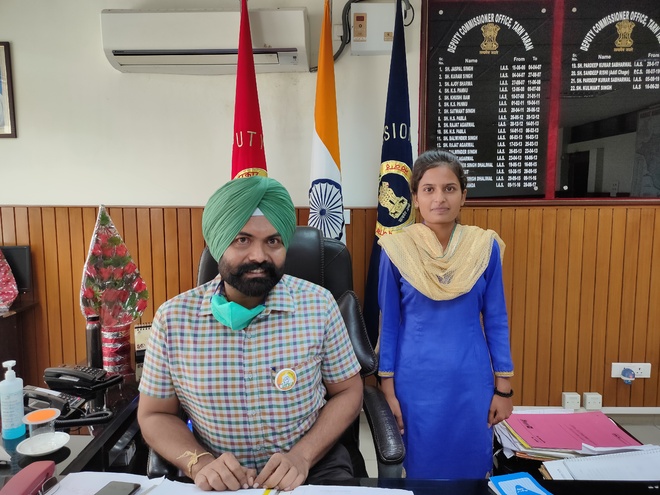 Money won’t become a barrier to higher education of Veena Kaur, a PSEB Class XII topper, as Deputy Commissioner (DC) Kulwant Singh has offered to bear the financial burden of her further education.

Veena had bagged the first position in the district in PSEB Class XII examinations, the results of which were announced last month, scoring 444 marks out of 450 in the arts stream. A resident of Saidpur, a border village, Veena completed her Class XII from Government Girls Senior Secondary School, Patti.

Veena says she wants to become a judicial officer. Her father is a construction worker and mother a homemaker. Veena said after the DC assured her of financial support, she applied for admission to Guru Nanak Dev University, Amritsar; Punjab University, Chandigarh; and Army Law Institute in Chandigarh.