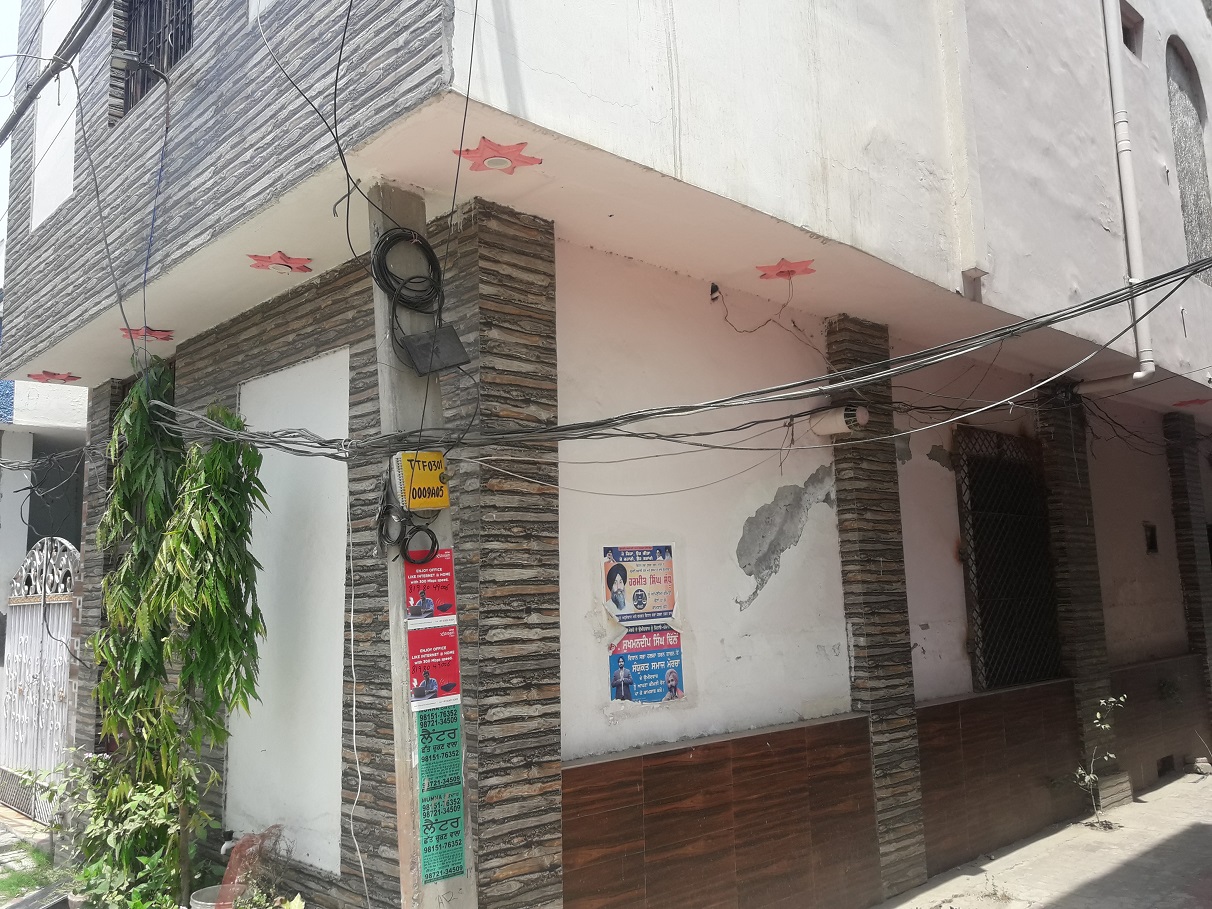 The notorious house of Veera Sharma

A family in Tarn Taran has become a headache for the administration.

Reason: Their notorious nature of duping people. Such is the fear that they are even scared to report about them to the police. It is believed that a woman identified as Veera Sharma runs an extortion racket from the house along with her family members. While most people, who know about their ‘deeds’, stay away, those who get honey-trapped find it difficult to get out. In case they land at their place, they are warmly ‘welcomed’ but what happens with them next, they are hardly able to narrate the same to anyone, as they land in a piquant situation and are even video-graphed. While some are sexually assaulted, others are beaten up, looted of their valuables, cash and gold ornaments. The gang is active throughout the state and members include Veera’s husband, who is no more now, her two sons and two daughters-in-law. There are other gang members too! Veera was first booked for sexually exploiting a man, beating him up later and looting him of his belongings in 2013 and since then, 12 criminal cases have been registered against them by the police in Tarn Taran, Kapurthala, SAS Nagar and Mohali. Only last month, they called someone from Patiala to sell their SUV, who met with the same fate. Veera and her son Munish were arrested recently. Her second son Lalit Kumar Deepu is already in Patiala jail. One daughter-in-law has gone underground and the other is out on bail. While they are languishing in jails other members are still active. The Tarn Taran administration has hence appealed to people to just be aware!

Hundreds of trees damaged due to fires are seen on roadsides across the district highlighting grave negligence on the part of the administration, which has failed to restore the green cover. The trees were damaged in the fires caused after the harvesting of wheat to prepare fields to sow rice, but this has damaged the green cover as well.

The smoke that arises from the fire causes much inconvenience to commuters as well. The administration has failed to check the damage caused. Navdeep Sood, an ecologist, said the situation has forced humans to breathe toxic polluted air, which is a violation of human rights, as it exposes them to hazardous substances and creates diseases and disabilities. Another environmentalist Dr Gurkirat Singh Aulakh, who saw burnt trees in large numbers on the highway a few days ago, called area residents to sit and talk about environment issues. He said everybody must protect trees and the green space around, as it was the need of the hour.