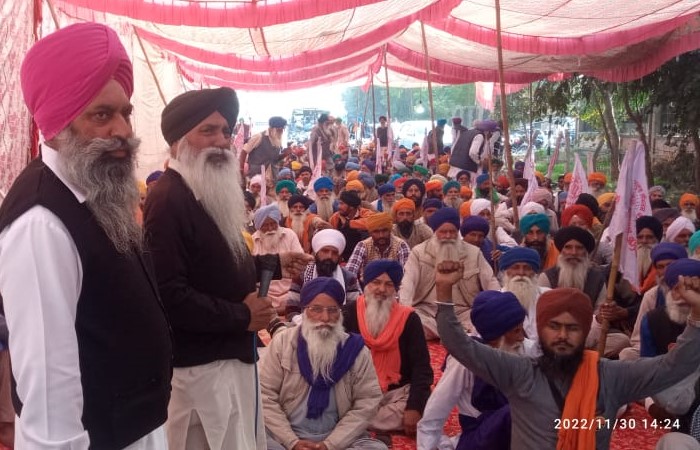 The indefinite protest launched by farmers and labourers, under the banner of the Kisan Mazdoor Sangharsh Committee (KMSC), Punjab, outside the District Administrative Complex (DAC), entered the fifth day in Tarn Taran on Wednesday.

A large number of farmers and labourers from different villages became a part of the “Pakka Morcha” today.

KMSC district president Satnam Singh Manochahal is leading the morcha. KMSC state president Satnam Singh Pannu, while addressing the gathering on the occasion, condemned the Centre and the state government for their appeasement tactics to collect votes and not paying heed to the promises made to voters after elections are over.

He said the Centre had failed to fulfil any promises made with farmers at the end of the protest at Delhi borders.

He demanded that the government must cancel criminal cases registered against farmers who participated in the Delhi Morcha. He also demanded release of compensation to families of the farmers who lost their lives during the protest at Delhi borders.