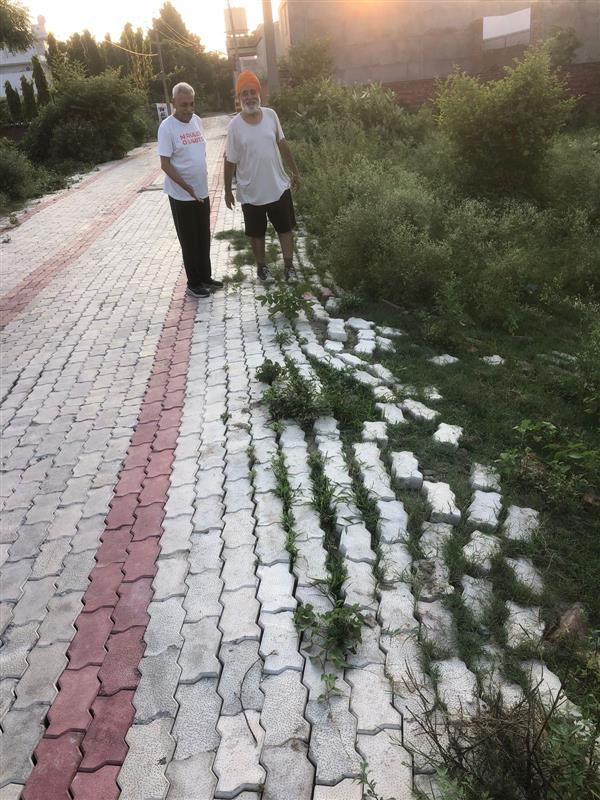 Interlocking tiles in a bad shape in Tarn Taran. Gurbaxpuri

Residents of Bath Avenue have alleged use of substandard interlocking tiles by the Municipal Council for paving the path from local Amba Wala Bagh to the avenue.

The Bath Avenue Welfare Society in its meeting organised on Wednesday demanded an inquiry into the alleged use of poor quality material and shoddy installation work of the tiles.

Gurpreet Singh Mannan, president of the society, and others said the path, 1,150-ft long with 19-ft wide, was constructed at a cost of Rs 36.69 lakh in December, 2021 by the Municipal Council.

The residents alleged that substandard material was used in the construction as a result the tiles have disintegrated and commuters are facing problems due to it.

They said the material used was not according to the specification and the layer of sand mixed with stone was not laid under the tiles due to which these started displacing just after two months after installation.

They said they had approached MLA Dr Kashmir Singh Sohal, SDM-Cum-Administrator of Municipal Council and other authorities but to no avail.