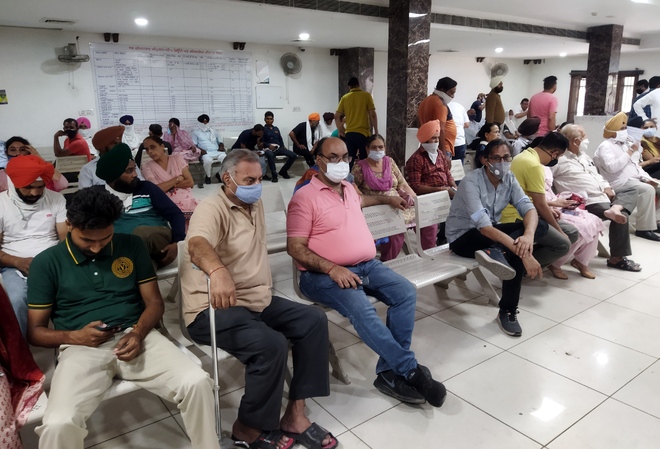 Regular technical glitches have been delaying document-related work at two tehsils of the city. Known as Amritsar-I and Amritsar-II, both the tehsils are situated in the district court complex.

Navjot Kaur, an applicant, said, she came to the tehsil for some document-related work regarding the sale of her house in the morning. But she had to keep waiting for the server to resume till evening. Upon inquiry, the officials told her that all of them would have to stay till the server becomes active.

Another applicant Gurmeet Kaur said she had visited the tehsil for execution of some important document work last week and had to wait for over five hours at tehsil despite the fact that the Covid-19 restrictions are in place.

Deed writers, who earn their living by assisting people to carry out their document work, said the slow server has been a persistent problem since the introduction of the online format. However, the trouble was further compounded when tehsils were opened on June 9, exactly 18 days after the strike by employees. They have to remain online till midnight for securing appointments.

As per the norm, deed writers have to take prior appointment for all kinds of work, including registries, sale deeds, general power attorney, special power attorney, will, mortgage deed, child adoption deed and other services being offered by tehsils. Fee for the appointment is Rs 500 and for tatkal service it is Rs 5,000. The fee is paid through credit card, debit card and Unified Payment Interface (UPI).

Parampreet Singh Goraya, Sub registrar, said he was communicating with the officials of the Punjab Land Record Society at Chandigarh handling entire online process and has brought the trouble to their notice. They said the workload increased manifold after the office began functioning regularly, which caused the server to crash. He said the staff concerned would remain stationed at work till the issue is resolved.