Tribune lensman Sarabjit Singh spends some time with these birdies at Theh Kanjla village in Kapurthala, near the Kanjli Wetland, and tries to capture the beauty of these winged guests through his camera 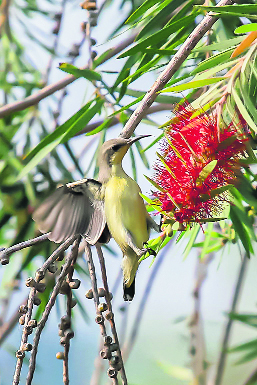 Studying the pattern of migratory birds, their breeding habitats, feeding habits, plumage patterns and mating calls can be quite interesting. This is the reason why Theh Kanjla village, nearly 3 km from the Kanjli Wetland, on the outskirts of Kapurthala, has emerged as a birdwatcher’s paradise, as they are able to spot some rare species here. With little human activity around this area, falling near the Modern Jail, it has now assumed more importance than that of the Kanjli Wetland owing to massive construction work going on at the wetland site, where a new cycling track, walkway etc. are coming up. A lot of morning walkers, too, dither these winged guests from visiting the wetland area.

As winter season is just round the corner, Tribune lensman spent two days at the village site to capture a variety of birds through his lenses. Spending six hours a day from as early as 6 am to 12 noon, he was successful in capturing some rare species swimming in the lotus-filled sewage ponds formed out of vacant industrial plots of the Urban Estate, while others were captured in flight or while perching atop trees and wires. Some of these birds are local, while others have migrated in this new breeding ground from surrounding Asian countries. Ajay Sidhu, an avid bird watcher, guided The Tribune team towards the new location.

It is a heron, which has white or buff plumage and develops fine plumes (usually milky white) during the breeding season. 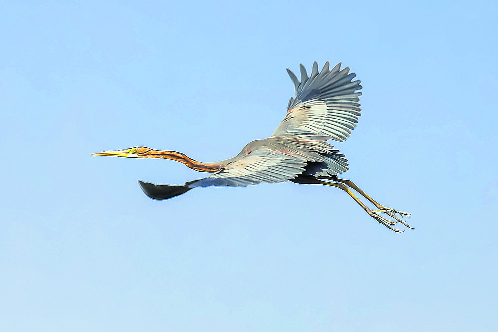 It is a wading bird in the heron family, which hunts fish, rodents, frogs and insects by either stalking them or standing and waiting in ambush. 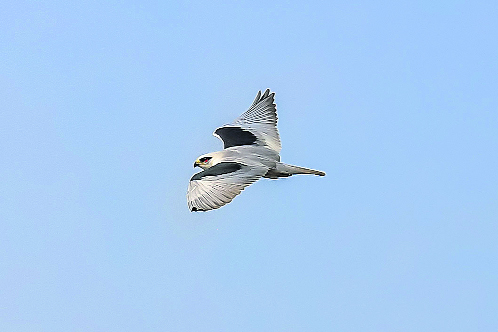 It is distinctive with long wings; white, grey and black plumage; and owl-like forward-facing eyes. They are non-migratory, but show nomadism in response to weather and food availability.

It is a small bird found mainly in South Asia. Like other sunbirds, it feeds mainly on nectar, although it also consumes insects. It has a fast and direct flight and can take nectar by hovering like a humming bird, but often perches at the base of flowers. It has a dark and short square-ended tail and has a down-curved bill. 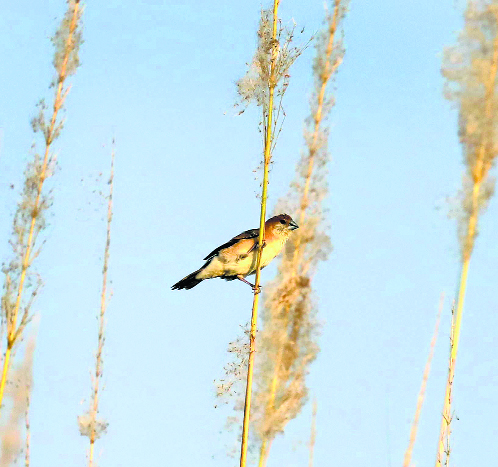 It is a small bird found in the Indian subcontinent. It has a conical silver-grey bill, buff-brown upperparts, white underparts, buffy flanks and dark wings. The tail is black and the wings dark. It feeds mainly on seeds, but also takes insects and has been known to visit nectar-bearing flowers. Although largely sedentary, some populations make seasonal movements. 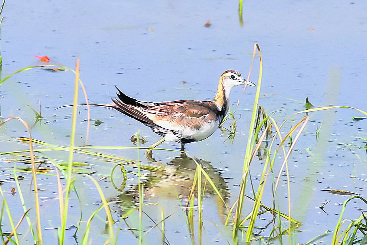 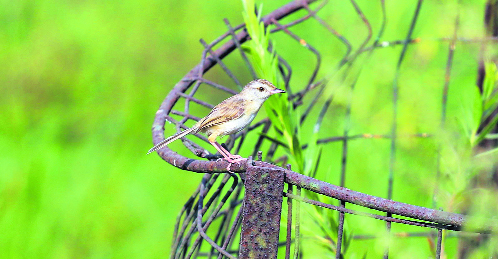 It is a small warbler found in the Southeast Asia. It has short rounded wings, a longish tail, strong legs and a short black bill. 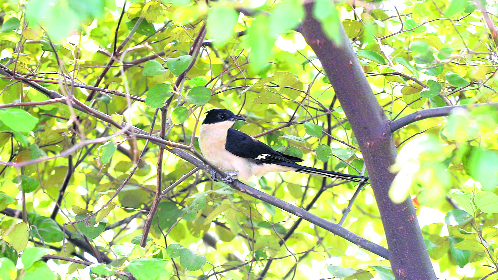 It is a member of the cuckoo order of birds that is found in Africa and Asia. It is partially migratory and in India, it has been considered a harbinger of the monsoon rains due to the timing of its arrival.

It is a large bluish-purple gallinule with a red bill and forehead shield, and red legs and feet with long toes. It is a common inhabitant of marshy, vegetated freshwater bodies such as swamps, rivers and lakes and usually lives in small groups. 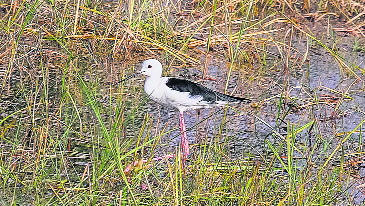 It is a long-legged wader. It has slender, pink legs, a long thin black bill and is blackish above and white below with a white head. 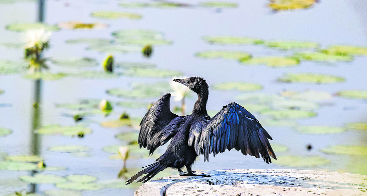 It belongs to the family of seabirds. The entire body is black in the breeding season, but the plumage is brownish and the throat has a small whitish patch in the non-breeding season. 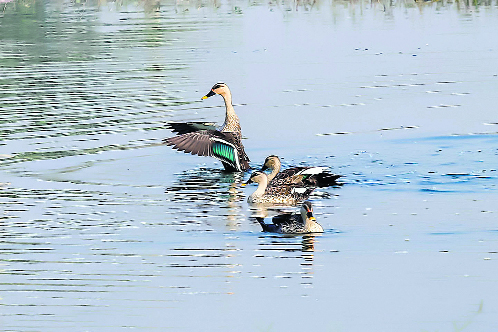 This bird is a large non-migratory breeding duck found in freshwater wetlands in the Indian subcontinent. Its name is derived from the red spot at the base of the bill. It has a scaly patterned body with a green speculum bordered by white.