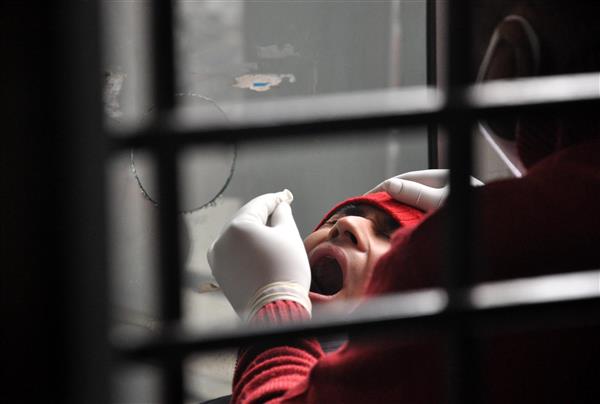 The health authorities reported three Covid-19 related deaths in Amritsar district on Saturday. The toll increased to 1,605 in the district.

630 teens come forward to get jabbed

Those who succumbed due to the virus include Khushi (11) of Faizpur Nai Abadi, Pawanjit Kaur (60), a resident of Ram Tirath Road, and Sourav (28), a resident of Ram Nagar, in Islamabad. Sourav was referred to PGI, Chandigarh, where he breathed his last.

According to the health authorities, a total of 375 persons tested positive on Saturday in the district. Of these, 346 were new cases and remaining 29 were contacts of positive patients.

Apart from the confirmed cases, a huge number of residents have been suffering from fever, cough and cold. With surge in cases, hospitals have been witnessing shortage of beds. Most residents have resorted to self-medication and isolating at their homes.

The doctors claimed that the patients visit hospitals when they get critically ill. The health authorities said more than 30 patients were serious and out of this 14 were on oxygen and four on ventilator support. Some serous patients were being referred to PGI, Chandigarh, as well. As many as 12,586 persons (above 18 years) and only 630 teenagers (15-18 age group) got jabbed today.

Civil Surgeon Dr Rohit Mehta said 5,884 residents were vaccinated today. He said the administration was waiting for the test reports of 561 samples.