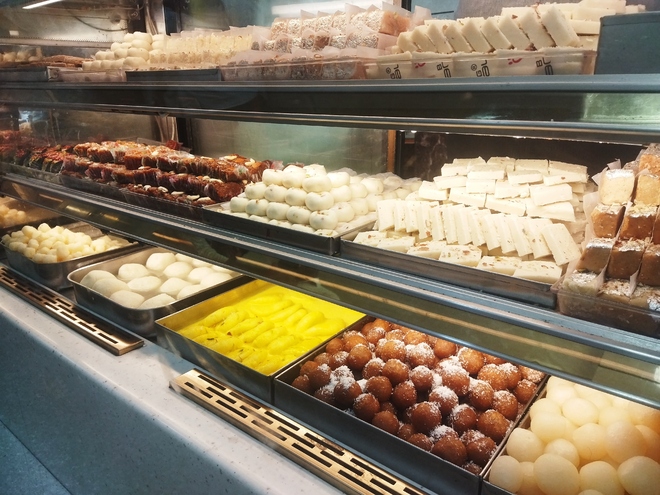 Sushil Bansal, owner of a leading sweet shop, said escalation in prices of traditional sweets is happening as rates of most of the ingredients are on the higher side this festive season.

Ahead of Diwali, prices of sweetmeats have increased up to 20 per cent in comparison to the last year, during the festive season. Items prepared with ‘desi ghee’, including patisa (now Rs560, last Diwali Rs500), pinni (now Rs580, last year Rs520) and kaju katli (now Rs840, last Diwali Rs800) have witnessed considerable rise.

Sushil Bansal, owner of a leading sweet shop, said, “Escalation in prices of traditional sweets is happening as rates of most of the ingredients are on the higher side.”

Most ingredients, including cereals, pulses, ghee and dry fruits, have registered increase in their prices.

“Customers are back in the market. Despite increase in prices of sweets, they are still less expensive in comparison to dry fruits and fresh fruits. Any good variety of fruit is available above Rs150 and one gives at least four to five kg during Diwali. One kg of dry fruits costs more than Rs800,” he said. Harish Kumar, owner of another sweetmeat shop, said customers understand the reason behind hike in prices of sweets.

He said prices of only those items in which cereals, pulses and dry fruits, are extensively used have been increased while there’s negligible increase in the rates of khoya-based products.

Anil Mahajan, who prepares traditional delicacies, said he was selling majority of the items between Rs180 and Rs220 per kg. He said orders were yet to pick up in the walled city area and added that sales begin a day or two before Diwali.