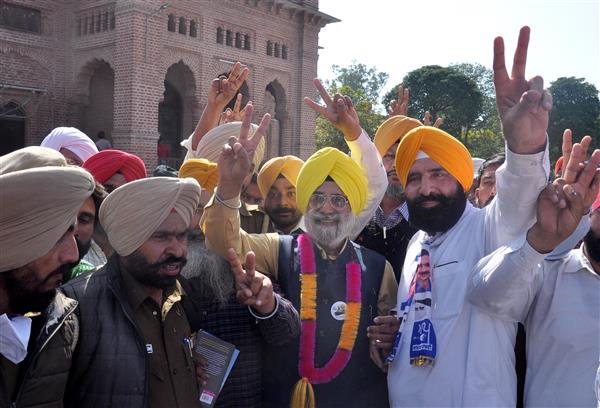 The former bureaucrats in the Assembly poll fray had a field day as three out of the total four delivered surprise wins. The AAP trio of Harbhajan Singh ETO, Kunwar Vijay Pratap Singh and Jaswinder Singh Ramdas won from their respective constituencies, pulling a few surprises.

AAP’s candidate from Attari, Jaswinder Singh Ramdas, who retired as ADC, won by beating his rival and SAD stalwart Gulzar Singh Ranike. The only bureaucrat, who tasted defeat was Jagmohan Singh Raju, the BJP candidate from Amritsar East. Raju, who was the Additional Chief Secretary of Tamil Nadu, had taken voluntary retirement from his service to contest the Assembly elections. He came in fourth place with 7,286 votes, with a share of 6.75 per cent.

Three bureaucrats out of the four were first timers, except Harbhajan Singh ETO, who unsuccessfully contested from Jandiala in 2017 on the AAP ticket. Moreover, only Jaswinder Singh Ramdas comes from a political background as his father, who was in the Congress, had been an MLA from the Verka Assembly seat from 1997 to 2002.