He has been fielded from Amritsar West seat 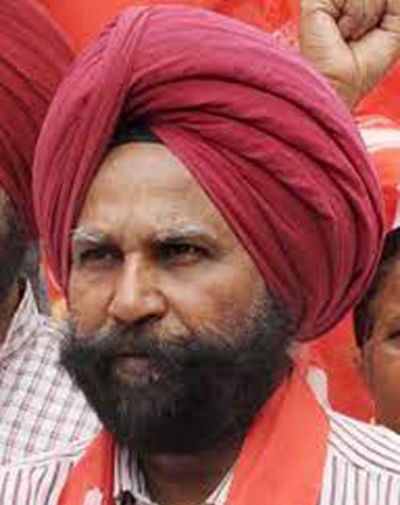 Amarjit Singh Asal, district secretary of the CPI, is gearing up for a challenge and meeting people for garnering support.

With the Amritsar West constituency poised for a multi-cornered contest, CPI and Sanyukt Samaj Morcha’s (SSM) joint candidate Amarjit Singh Asal has a tough task of translating his support into votes in favour of the CPI-SSM combine during the assembly poll.

Asal, district secretary of the CPI, is gearing up for a challenge and meeting people for garnering support. He had earlier unsuccessfully contested elections from this constituency thrice – in 2002, 2007 and in 2012.

Since 1972, the Congress has won the seat five times and the CPI three times. Only Deputy Chief Minister Om Parkash Soni has won twice as an Independent candidate and once as a Congress candidate.

The Congress has shown its faith in Raj Kumar Verka while SAD has announced former MLA Dalbir Singh Verka as its candidate. The BJP and Punjab Lok Congress combine has announced advocate Kumar Amit, son of BJP leader Kewal Kumar, as its candidate while the AAP has given the ticket to first-timer Dr Jasbir Singh.

The CPI-SSM combine would fight on the issues concerning urban as well as rural populace of Punjab. People residing in cities were hit by rising inflation while rural population was struggling with dwindling income and rising farming input costs because of anti-people policies of the government.

“As we are contesting the poll in alliance with the SSM formed by farmers’ organisations this time, we are hoping to get support from farmers in villages that fall in the constituency. We hope to give a tough fight to our political rivals,” he added.

At present, due to Covid-19 restrictions imposed by the Chief Election Commission, we are not holding public meetings or rallies. I am personally meeting CPI and SSM supporters and got a good response from farmers in Guru Ki Wadali, Gumanpura, Mahal, Guru Nanak Pura, Dhapai, Ghannupur Kale, Gumtala, Roriwala village and part of Khairabad village.

He said the traditional parties, including the Congress, BJP and SAD, and even the AAP remained pro-corporate and made policies leading to massive unemployment. Health and education hardly found top slots on their priority lists.

“People are frustrated and have fed up with their false and unfulfilled promises. Successive governments have failed to address the basic problems of the common man. They have been sheltering sand, cable, land and mining mafias,” he said.