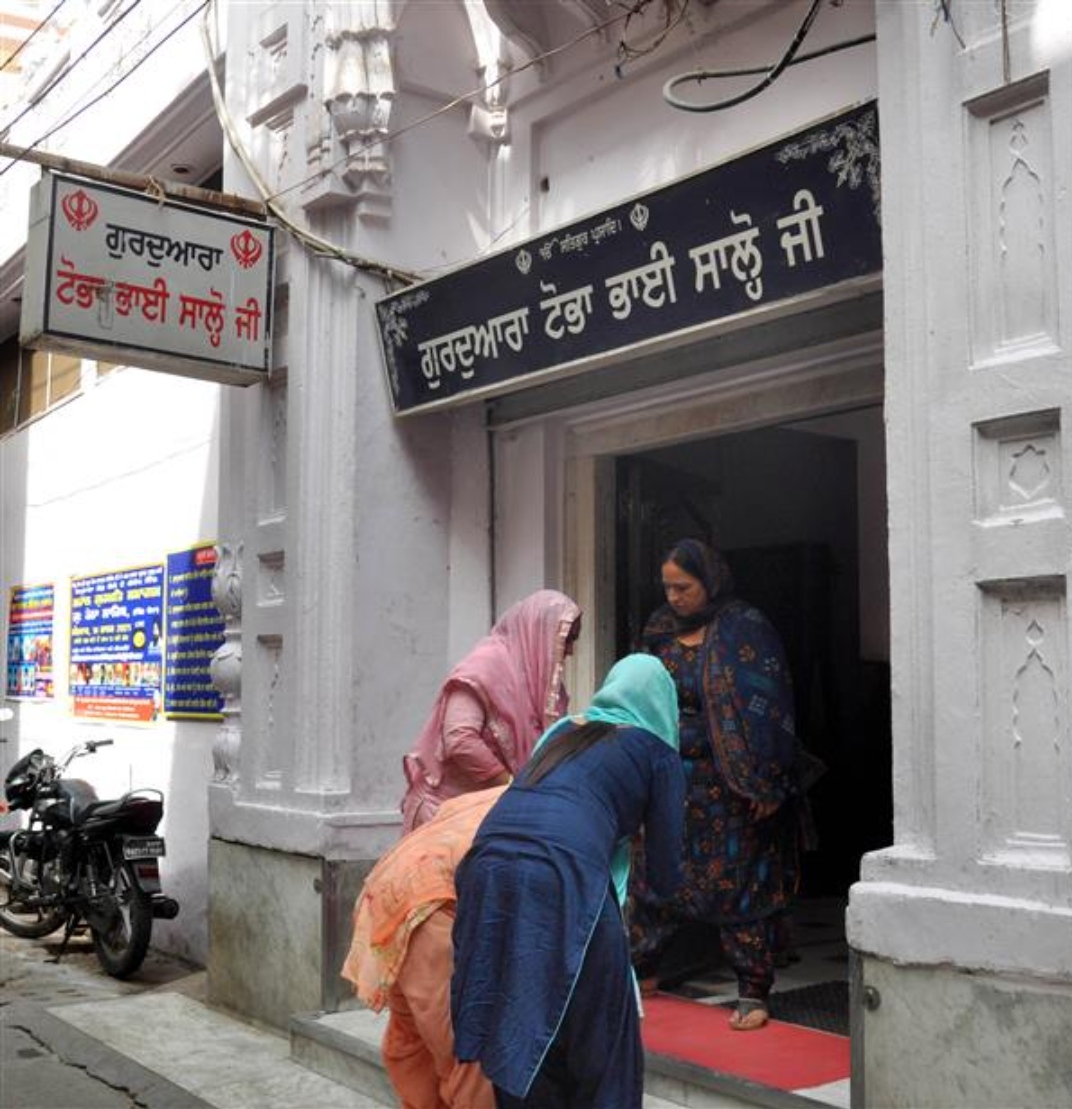 The historic Gurdwara Toba Bhai Salo continues to maintain its centuries old tradition of serving langar of ‘puri-chole’ using conventional cooking fuel of cow dung cakes to devotees and it is a little known fact.

Situated in narrow winding lanes of the walled city, the gurdwara serves langar to devotees every Sunday. Notably, the gurdwara is situated only 15 minutes’ walk from the Golden Temple. However, most of the devotees visiting the most important Sikh shrine return without even visiting this shrine.

Gurdwara Toba Bhai Salo is not the only historic gurdwara situated in the alleys of the walled city. There are many. After paying obeisance at the Golden Temple, a large number of tourists return without visiting other historic gurdwaras in its vicinity. People associated with the travel and hospitality industry feel that the Tourism Department does not pay much heed to popularise these shrines among visitors.

Travel blogger Rameshinder Singh Sandhu says: “Many visitors leave after paying obeisance at the Golden Temple but there are also many other gurdwaras in the walled city which has rich history and devotion associated with them.”

Citing the example of Gurdwara Baba Atal Rai, just minutes away from the Golden Temple, he said even many local residents were not aware of it. A nine-storeyed building, built in the memory of the sixth guru’s son, it is one of the finest examples of Sikh architecture, where one can also go on its rooftop taking the long flight of stairs. The birds eye view from its top offers the best view of the Golden Temple and the city around. Unique murals on its first floor depicting scenes from the life of Sikh gurus are a must for every eye.

Gurdwaras Guru Ka Mehal, Gurdwara Attari Sahib and others are also situated near the Golden Temple but least visited by tourists.

Gursharan Singh, district tourism officer, said the department disseminated information regarding the availability of other historic gurdwaras in the city. He said at present, there was no such scheme to take devotees to historic gurdwaras.