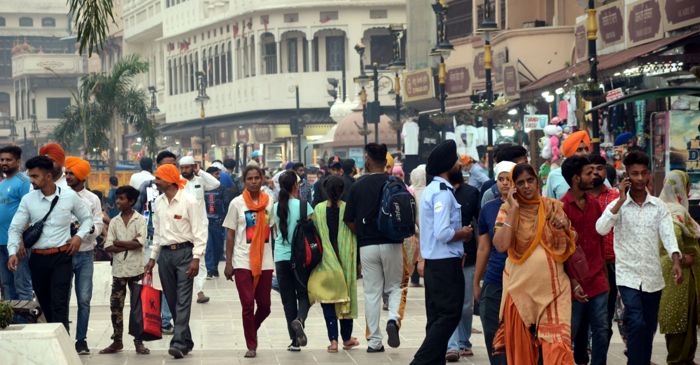 Ten days after the resumption of the popular Beating Retreat ceremony of the Border Security Force (BSF), the holy city is again teeming with tourists from the nearby areas.

Ten days after the resumption of the popular Beating Retreat ceremony of the Border Security Force (BSF), the holy city is again teeming with tourists from the nearby areas.

With this, the weekend occupancy has doubled in comparison to the ordinary days. Piyush Kapoor, general manager of a hotel-cum-restaurant, the oldest in the city, says the weekend tourists used to sustain the hospitality industry. Room occupancy shoots up to 80 per cent during the weekend, which remains between 35 to 40 percent during the normal days. “It infused a fresh lease of life into the hospitality industry, which was struggling to revive after the Covid-induced losses.”

Narinder Singh, a hotelier from the walled city, said, “Frequent agitations, road and rail blockades do not allow the long distance tourists to come here.” He hoped that they would come from the Western and Eastern parts of the country in the forthcoming season.

Travel sector experts claim that since the suspension of all scheduled international commercial passenger flights till September 30, domestic tourists are the only contributors in helping it bounce back to normal.

According to Paramveer Singh, general manager of Taj Swarna, “With the domestic travel resuming in the country and tourist destinations receiving a large numbers of visitors, the tourism industry is now hopeful of recovery.”