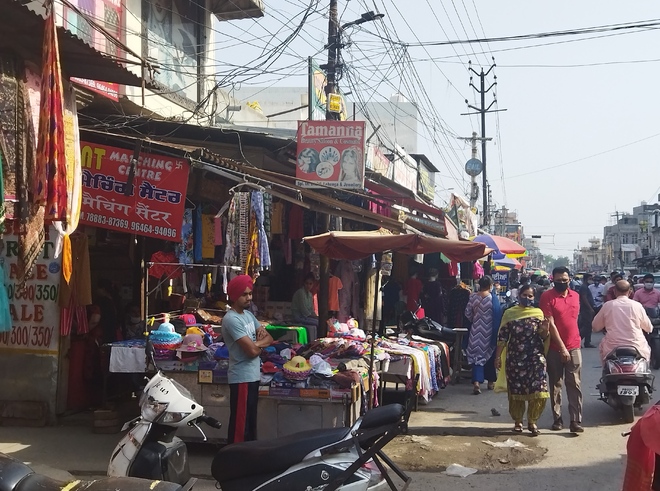 From April 1, the government decided to penalise erring shop owners.

Shopkeepers are a disturbed lot as the Local Bodies Department has started charging a fine of Rs100 per day from those who did not pay the trade licence fee till March 31. From April 1, the government will charge penalty on delay depositing of fee. The trade licence fee consists of Rs500 as trade fee and Rs300 conservation charges.

The government has not collected trade licence fee for the past many decades, said Surinder Duggal, a wholesale chemist. He said all of a sudden the MC had asked them to deposit annual trade license fee of Rs800. “The government is trying to increase its income from traders when they are battling with the Covid-19 induced economic hardships”, he said. He recalled that he had paid the trade licence fee at the time of procuring shop in 1994 and after that the Municipal Corporation had never asked for this fee.

Sameer Jain, who owns a shop in the city, said he paid the trade licence fee last month after the MC released a notification for the same. He added that he had not paid the fee for the past many years. He said the MC should have issued a public notice every year to intimate traders regarding the same. He said it was extremely tedious to deposit the trade licence fee. “Instead the MC’s field staff must visit shops and collect the fee”, he opined.

Piara Lal Seth, president of the Punjab Pradesh Beopar Mandal, demanded waiving off the trade licence fee which was double whammy for the traders who have been paying property tax since 2014. He said that he brought this matter to the notice of the MC. “Instead of giving relief to the traders, the government is penalising them,” he added.