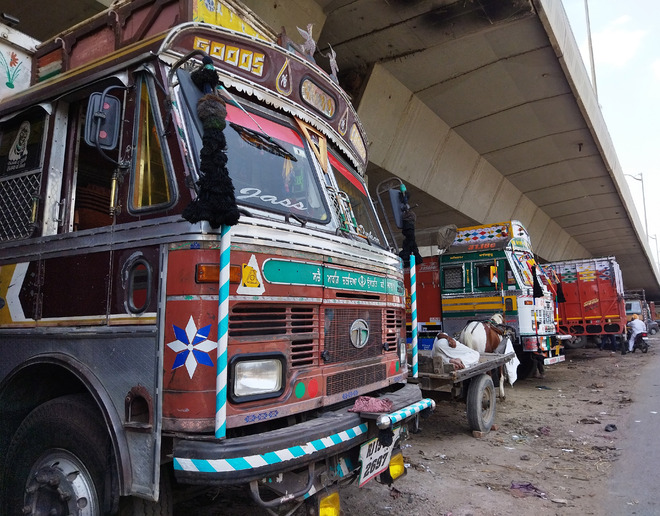 With diesel price hovering at Rs 90.32, transporters have withdrawn nearly 40 per cent vehicles from active operations, thus leading to wage loss and laying off employees and labourers.

He said there were around 400 small and big transporters operating 10,000 trucks, which gives livelihood to thousands of families. “Each truck offers employment to at least 15 persons. Drivers, cleaners, labourers engaged in loading and unloading, spare part shopkeepers and mechanics, among others earn their livelihood,” he said.

Members of the All-India Motor Transport Congress (AIMTC) held a zoom meet recently and decided to hold a token strike at the fag end of this month to draw the attention of the government. They feel that high diesel price is not only hurting the government, but transport industry as well.

The government has been continuously extending the last date for depositing fee for national permit, road taxes, driving licence and insurance fee of goods carrier for the last one-and-a-half year. Now, it has been extended to September 30. Initially, these were to be paid on February 1, 2020.

Meanwhile, farmers’ stir proved a blessing in disguise for beleguared transporters as they have been saved from paying toll in Punjab and Haryana.