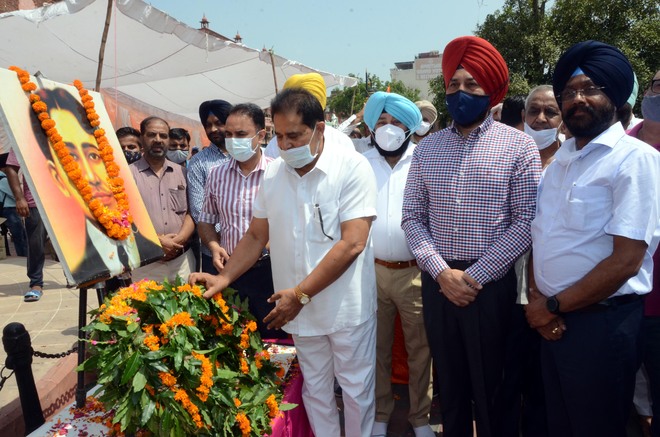 Amritsar: On behalf of the government, Cabinet minister OP Soni paid floral tributes to martyr Madan Lal Dhingra at the Town Hall here on Tuesday. On this day, in 1909, he was executed at the age of 26 in London for assassinating a British official Sir William Hutt Curzon Wyllie. He had gone to attain higher education in England. Soni said Dhingra, who was born into an affluent and educated family residing at Sikandari Gate here on February 18, 1883, would be a given befitting tribute by raising a memorial near his native place. He said the Municipal Corporation’s General House had earmarked a place for the memorial. TNS 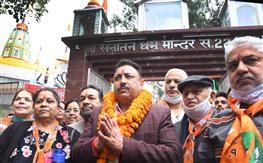