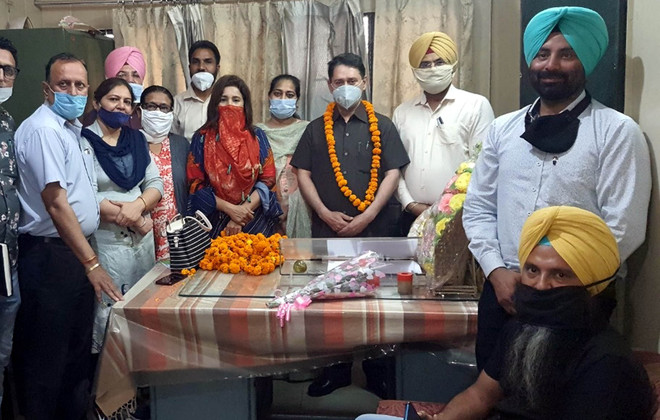 Sushil Kumar Tuli, who has been posted as the District Education Officer (elementary) at Amritsar by the Punjab Education Department, took charge on Thursday. He was welcomed by the officials of the department.

Taking charge, Tuli said under the leadership of Punjab Education Secretary Krishan Kumar, the policy of the department would be disseminated at the grassroots level to raise the standard of education in schools and connect more students with government schools under the campaign ‘Each One Bring One’. He clarified that no stone would be left unturned in government schools of the district regarding new admissions and other educational activities. He said no teacher, officer or office-bearer would face any difficulty.