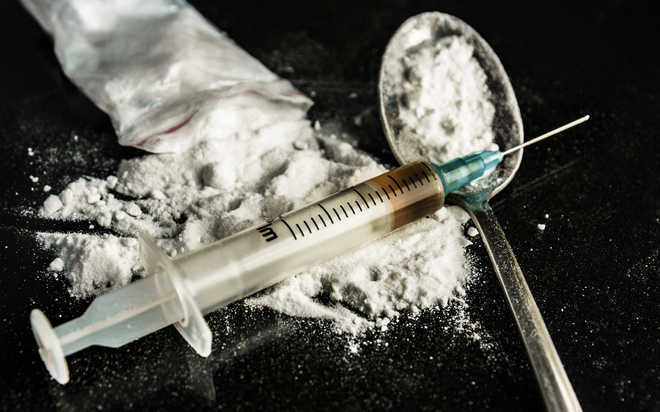 The unabated incidents of drug overdose has put the current dispensation into corner with the district reporting two more deaths in the past 24 hours.

Though the incident occurred on May 1 and May 7, FIRs were registered on Saturday only on the basis of specific information.

The police said family members of the deceased did not inform the police about this. Those who died were identified as Simarjit Singh (22) of Khasa Patti in Majitha and Tarsem Singh (35) of Babowal village, falling under Kathunangal police station, here.

ASI Nimral Singh, Investigating Officer in the Majitha drug overdose death case, said the police got an input that Simarjit died of drug overdose on May 1. But the family members did not inform the police. Now, on the basis of the information, the police have registered a case against unidentified persons on the charge of culpable homicide (Section 304 of the IPC).

Similarly, SI Rashpal Singh, IO in Kathunangal case, said Tarsem Singh died on May 7 at the village cremation ground. A separate case under Section 304 of the IPC was registered against unidentified persons in this regard.

This is the fourth such incident that was reported with the police during this month. Earlier, Shamsher Singh (32) of Rorawal died due to similar reason. The police had booked two persons Rajbir Singh and Gurjit Singh for culpable homicide, who were later arrested by the police.

In another incident, a 40-year-old man died of drug overdose in Kale Ghanupur area on May 2. This was the third death in the family. The victim was also infected with HIV due to alleged sharing of syringe for consumption of drugs. According to the family, he was hooked to drugs three years ago. This was third death in the family. Earlier, his father and brother had lost their lives due to consumption of illegal drugs.

Tarn Taran: Drug overdose claimed two lives in Jhabal area on Saturday night. The deceased have been identified as Gurtej Singh Sagar (18) of Cheema Shukarchak and Nirvail Singh (50) of Burj-196. Sukhdev Singh, father of the deceased Gurtej Singh Sagar, said he was taking drugs for the last nearly three years. On Saturday, he worked as a labourer for the entire day and in the evening took drugs and an injection as well which led to overdose. After some time, he was found dead on his bed at home. The body was cremated without informing the police. In another incident, Jasbir Singh, a self-styled ‘doctor’ of Burj-195, has been booked under Section 304 of the IPC for the death of Nirvail Singh. Avtar Singh, sarpanch of Burj-195, and Pargat Singh, brother of the deceased, said he took injection from Jasbir Singh and felt some uneasiness. On Saturday also, the family took Nirvail to Jasbir Singh, who gave some injection to Nirvail again. Due to overdose he died after some time at his home. Inspector Prabhjit Singh, SHO, Jhabal, said after receiving the post-mortem report, the next course of action would be initiated. Jasbir Singh is at large. — Gurbaxpuri