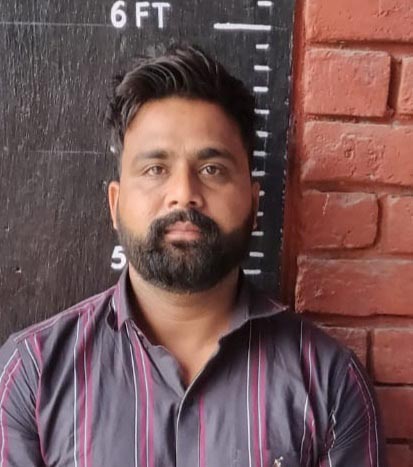 The police have arrested a notorious criminal, Sonu Cylinder, in connection with firing at a hotelier in the posh Ranjit Avenue area on April 17 here. He already has several criminal cases registered against him.

Confirming the news of his arrest, Deputy Commissioner of Police (Investigations) Mukhwinder Singh Bhullar said further investigations were in progress.

Two unidentified armed assailants had fired at hotelier Anmol Chadha outside a famous coffee house, but he escaped narrowly in the incident. Around four bullets hit the car in which he along with his driver was travelling.

Anmol and his driver Kulbir Singh were going to Starbucks in the afternoon. As he came out and moved towards the coffee shop, two scooter-borne assailants came and started firing at him. He escaped narrowly and ran to save himself.

The police had recovered a mobile phone from the spot in which there was a picture of the victim. The cell phone was procured online which reportedly led the police to the accused. Sonu was booked in two cases — one of assault on a police official and the other of kidnapping.