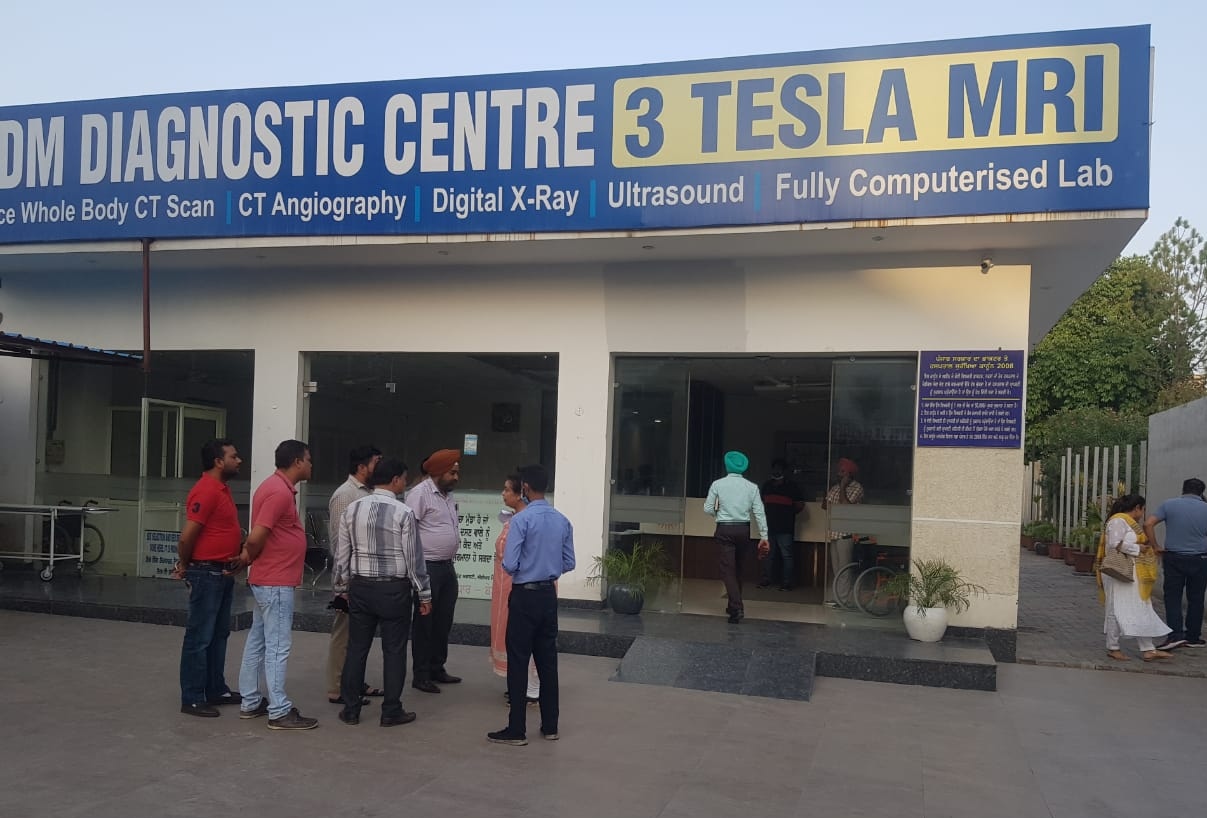 The Health Department team at the ultrasound centre in Amritsar.

Officials of the Health Department raided an ultrasound centre conducting sex determination tests in the city on Friday evening. The centre, DM Diagnostic, is situated near Gala Mala Chowk.

The officials stated that they received information about the diagnostic centre’s involvement in sex determination for the past few days after which a trap to catch the centre red-handed was planned. The hospital was raided by a joint team of officials from Ludhiana and Amritsar.

The officials stated that the team followed the car in which the diagnostic centre agent was travelling along with the decoy patient. They said the agent had promised that the test would be conducted at a centre in Amritsar.

Civil Surgeon Dr Charanjit Singh said, “The ultrasound machines at the centre have been sealed. Besides, a case under the PC-PNDT Act would also be registered.” He said further investigation to detect the modus operandi of the centre and the involvement of persons in the illegal act would be conducted.