Unable to satiate your taste buds? First, check the oil your pakoras are fried in 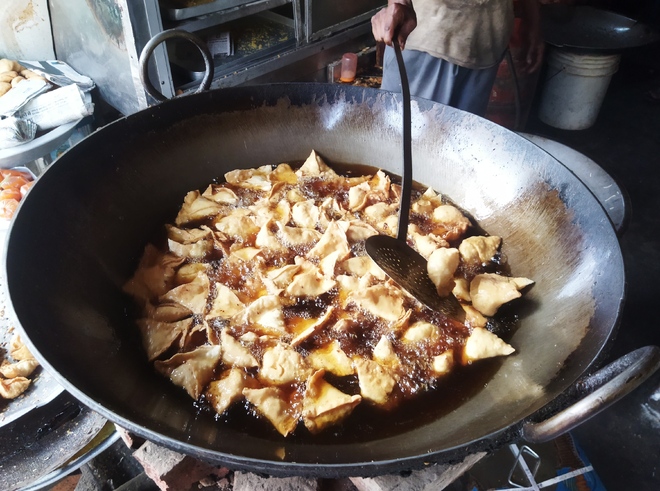 Repeated heating of oil changes its chemical composition and makes it rancid. Though the practice is harmful, it has been going on at local eateries without any check, thus endangering the health of consumers.

Experts are of the view that the same cooking oil cannot be reheated more than three times. If heated again, it becomes rancid as its chemical properties get changed and becomes harmful for the human consumption.

Balram Kumar Sharma, president of the Punjab Sudhar Sabha, said, thousands of outlets in the nook and cranny of the city were engaged in dishing out pooris, pakodas and other fried products. “Hardly, any of them change the oil three times after cooking. Majority of people engaged in the vocation are unaware of this and keep continuing the practice,” he observed.

Another problem of rancid oil is that once it drains out through pipes, it turns into a solidified state and causes clogging, which upsets the sewage disposal.

Surinder Singh, who is in the hospitality industry, said, some companies procure the used cooking oil around Rs 30 per litre, depending upon its quality. Subsequently, they process and clean it and then add it into bio-diesel in running gensets and those industries using furnaces. He said it can also be used in driving diesel run automobile vehicles, provided some desired changes are made in it.

Officials of the Health Department said the Food Safety and Standard Authority of India (FSSAI) is promoting disposal of used cooking oil to ensure safety of citizens. They said all luxury and reputed hotels and restaurants were already selling the used cooking oil to private companies which, in turn, use this in preparing washing soaps and other non-edible commodities.