Vegetable vendor shot at by robbers in Amritsar village 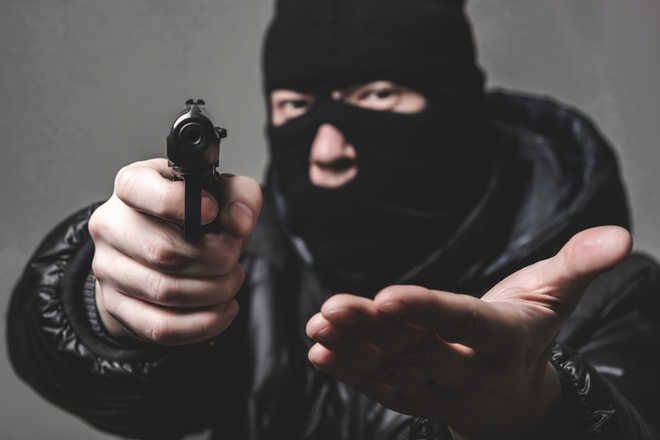 A vegetable vendor was shot at by two armed robbers, who allegedly decamped with his mobile and cash at Jethuwal village falling under the Kamboh police station area here yesterday.

A bullet pierced his leg and left him seriously injured. Following his cries for help, his brother reached the spot and the accused fled the spot.

The police have registered a case on charges of attempt to murder, robbery and under the Arms Act against two unidentified persons.

Harjit Singh, the complainant, told the police that he used to procure vegetables from the Vallah vegetable market and then sell in the city and rural areas.

The incident took place around 5.30 am when he was going to the Vallah vegetable market on his modified motorcycle cart after paying obeisance at a gurdwara. Two motorcycle-borne miscreants with covered faces intercepted him.

He said due to a sudden jerk, he fell from his cart. He said the accused snatched his mobile phone and also tried to snatch money from his pocket. He said he resisted their bid and entered into a scuffle with them. He said one of the accused suddenly took out a pistol and shot at him. He said the bullet pierced his thigh leaving him badly injured.

He said as he was writhing in pain, his younger brother Amrik Singh reached the spot, while the accused fled away in the fields leaving their motorcycle behind.

The police said a case under Sections 307, 379-B and 34 of the IPC and Section 25 of the Arms Act was registered in this connection and further probe was on to identify the suspects.

Meanwhile, five unidentified armed persons looted a finance firm employee of over Rs 3 lakh, a mobile and a tablet near Khidowali village falling under the Mattewal police station here yesterday. The victim was identified as Ranpreet Singh (21), a resident of Dinanagar in Gurdaspur. The police registered a case under Sections 379-B and 34 of the IPC in this regard.

Ranpreet told the police that he works in Bharat Finance Company in Batala. The incident took place when he was returning to his office after collecting installments from the clients. He said when he crossed Khidowali village, five motorcycle-borne persons hit his bike due to which he fell down. He said the accused snatched his kit bag containing cash to the tune of Rs 3,06,493. He said the kit also contained his purse, documents of motorcycle, his mobile phone, a tablet and a biometric machine.