Vehicle lifting becomes the order of the day in Amritsar

Around 550 vehicles stolen in last eight months in the city 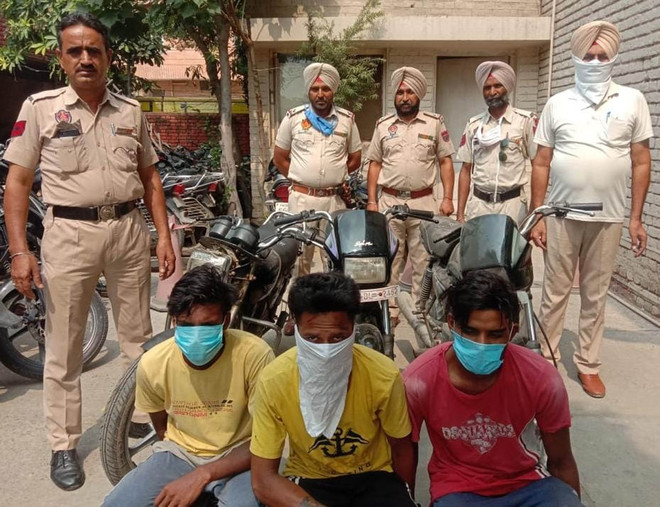 The lifting of vehicles, especially two-wheelers (motorcycles and scooters), has become the order of the day in the city. Though the Police Department claims to nail miscreants involved in such activities from time to time, but the menace has been going on unabated.

“Only those motorcycles are targeted by thieves, which are in maximum demand,” said a police official on condition of anonymity and added that around four to five vehicles get stolen daily.

Around 550 vehicles have been stolen by unscrupulous elements since January and just over 300 could be recovered by the police.

Though incidents of vehicle lifting were reported from all over the city, Ranjit Avenue and Civil Lines police station topped the list where maximum thefts took place. The police have miserably failed to control the crime as they remained busy in VIP movements.

Gurmeet Singh Bablu, an RTI activist and chief of the Shaheed-E-Azam Bhagat Singh Youth Front, said: “Petty crimes, including snatchings and vehicle liftings, have been an order of the day.”

On Friday, three vehicles, including two motorcycles and a scooter, were stolen from different parts of the city.

Deputy Commissioner of Police (Law and Order) Parminder Singh Bhandal said the police had busted a number of gangs involved in vehicle lifting and put the miscreants behind bars. However, once they get bail, they again indulge in such acts, he said.