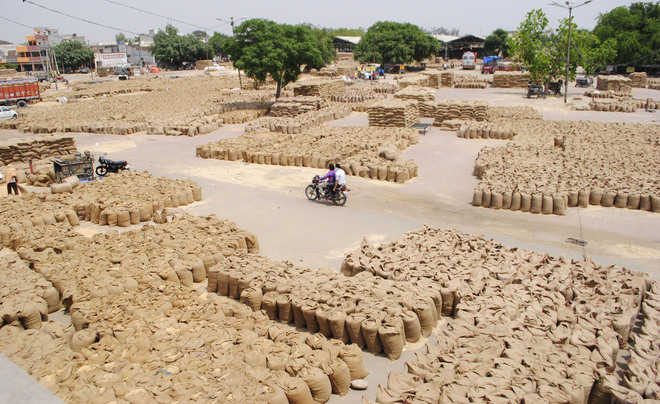 As the procurement of wheat is scheduled to start from April 10, the district administration has set up 57 procurement centres in Amritsar district. File photo

Deputy Commissioner Gurpreet Singh Khaira said all arrangements were being made while keeping in view the ongoing Covid-19 pandemic. He said farmers would not face any hassle and procurement would be completed in time.

In a meeting with officials to review the preparations for procurement, he asked them to raise awareness among farmers and workers at the grain markets regarding precautions needed to avoid infection. District Mandi Officer Amandeep Singh said adequate arrangements were being made under the guidelines for procurement in the mandis from April 10. He said every person, including farmers and laborers, would be required to wear a mask while entering and working in mandis.

He said facilities such as drinking water and sanitation would also be made as per the guidelines. He said only those farmers should bring their wheat to the mandi who have been given the slip. “Without the slip (pass) the trailers would not be allowed to enter the mandis,” he said, adding that no other person except the driver of the tractor would be allowed inside the mandis.