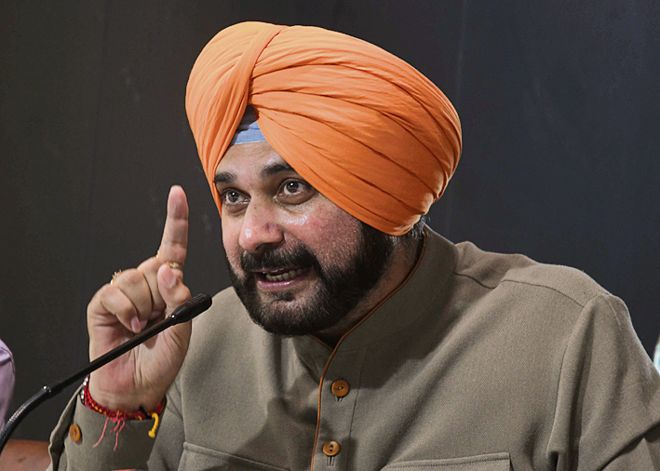 The man whose name was once taken in the same breath as that of the US President now finds himself isolated in a jail barrack.

“Spotlight on Sidhu, Bush” — the headlines screamed in ‘The Sydney Morning Herald’, an Australian daily, the day President George Bush arrived Down Under in the fall of 1992. The same day, Sidhu had landed in Sydney as a reinforcement for the beleaguered Azharuddin-led team. The world media had focused its attention simultaneously on the most powerful man on earth then and also on the tall and wiry Sardar.

Even his detractors admit that once his jail term ends, he has the requisite resilience to claw his way back in the world of politics. In his 16-year-old cricketing career, he had the ignominy of being dropped from the national squad on a dozen occasions. Every time he was dropped, he would ride on his mental toughness and never-say-die spirit to make a comeback. Cricket writers the world over gave him the sobriquet of “the eternal comeback man of Indian cricket”.

The man, who used the long handle to use a cricketing phrase, to devastating effect to destroy the best spinners on the international circuit, now faces the daunting task of picking up the pieces of his life once he steps out of prison.

In the 1987 Reliance World Cup, Sidhu mauled Australia’s best spinner Peter Taylor. In 1992-93, he launched a savage attack against England’s best bet John Emburey with many of his hits landing 20-feet deep into the stands. In 1998, he took on Australian tweaker Shane Warne and tarnished his reputation badly. Word on the circuit travels fast and soon the punch line that started doing the rounds was “If Sidhu, Sachin get going, half the match has been won.”

Once he hung his boots in 1999, he made his debut as a cricket commentator in the World Cup played in England the same year.

Connoisseurs of the game hated his style as much as the TV producers loved it. Their TRPs started to soar and that was what they wanted from him. His ‘shayaris’ tested the viewers’ patience and his dialogues, later known as ‘Sidhuisms’, became impossible to avoid. The question uppermost on the minds of his friends and adversaries is whether he will make that one last comeback or not.