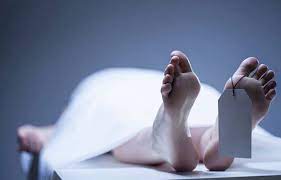 A day after the mysterious death of a married woman, Sumanpreet Kaur, who was found dead in a hotel room near the bus stand here, the police have booked three persons on the charge of culpable homicide.

A preliminary probe revealed that she had died of drug overdose. Those booked have been identified as Sukhdev Singh, alias Sabhu, Ajaib Bir Singh, alias Aju, and Harjit Singh, all residents of Ughar Aulakh village falling in Ajnala tehsil here. No arrest has been made till now.

The complainant said his wife Sumanpreet Kaur, alias Roop, came to his mother’s house in Amritsar. Her mother informed that she did not reach home. Later, her body was found from a hotel room. He said the three accused administered her an excessive amount of drugs, which led to her death.

Sub-Inspector Jaswinder Singh, investigating officer, said the accused were identified with the help of footage of CCTV cameras installed in the hotel. Though raids were conducted at their residences, all of them were not present or had run away. As per the initial probe, Sumanpreet had been married in March 2020. It was yet to be ascertained how she came in contact with the accused. He said this would be clear after the arrest of the suspects.

Originally hailing from Gumtala area here, the victim was married in Ferozepur. She, along with three suspects, had hired a joint room in the hotel. Though the accused left the room on Monday morning, the victim did not come out. When hotel staff members checked the room, she was lying dead on the bed.

The police were informed of the incident, but no injury marks were found on the body and the exact cause of death could not be ascertained. After the police contacted the victim’s parents by calling from her mobile phone, they rushed to the hotel.