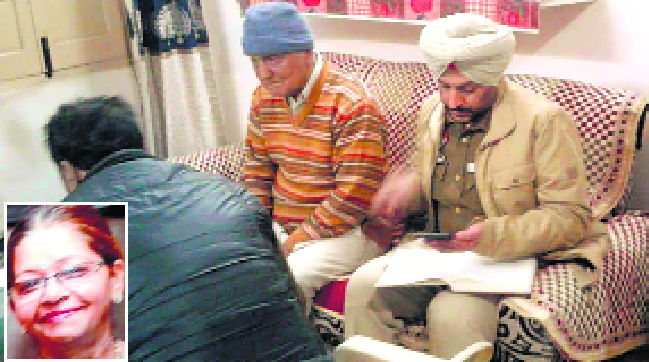 A woman identified as Rama Arora was brutally killed by unknown persons at her residence here on Saturday. She was alone at home at the time of incident.

According to the police, victim’s throat was slit with a sharp weapon by unknown persons, who also decamped with jewellery that she wore and two mobiles from the house.

Kulbhushan Arora, husband of the deceased, told the police that he had gone out for some work. When he returned, he found the house bolted from inside and repeated knocks evinced no response. He asked a boy in the neighbourhood to enter the house through rooftop and open the door. He said the boy found the rooftop door opened. When he came downstairs, he found Rama lying in a pool of blood on the first floor. Her gold chain, ear rings and two mobiles were also missing. Additional Deputy Commissioner of Police Harjit Dhaliwal said the murders did not open almirahs and other beds. He said CCTVs in the area were also being scrutinised.