Were sleeping in a closed room with a burning coal furnace. The victims were identified as Rajina (21) and Razaan (pic). 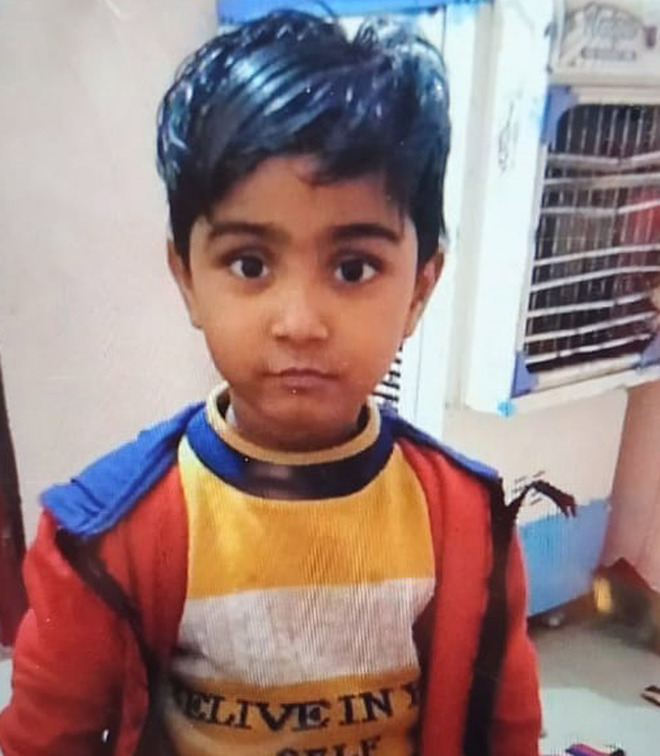 A woman and her minor son died of suffocation in Khuh Korian in the walled city area here on Monday, while her husband is fighting for life in the hospital. They were sleeping in a closed room with a burning coal furnace.

The victims were identified as Rajina (21) and Razaan (4). Her husband Afzal (24) was admitted to the Guru Nanak Dev Hospital for treatment and his condition is stated to be serious. They were residing on the second floor of the house.

The incident came to light when Tinku, the owner of the house, woke up in the morning and heard Afzal coughing very badly. He went up and broke open the doors of the room, which was filled with smoke. While Rajina and Razaan had died, they rushed Afzal to the hospital, where his condition was still critical.

Assistant Commissioner of Police Parvesh Chopra said Afzal, who originally hails from West Bangal, used to work as goldsmith. He has been living in the house for the past four months. Due to severe cold conditions, they might have kept an earthen furnace with burning coal in the room, which had no ventilation. As smoke coming out of it started accumulating inside the closed room, the victims ended up inhaling poisonous gases.

He said on the statement of victim’s brother Afsar, the police have started inquest proceedings under Section 174 of the CrPC. The bodies were sent for the post-mortem examination.