Work on smart road project going on at a snail's pace 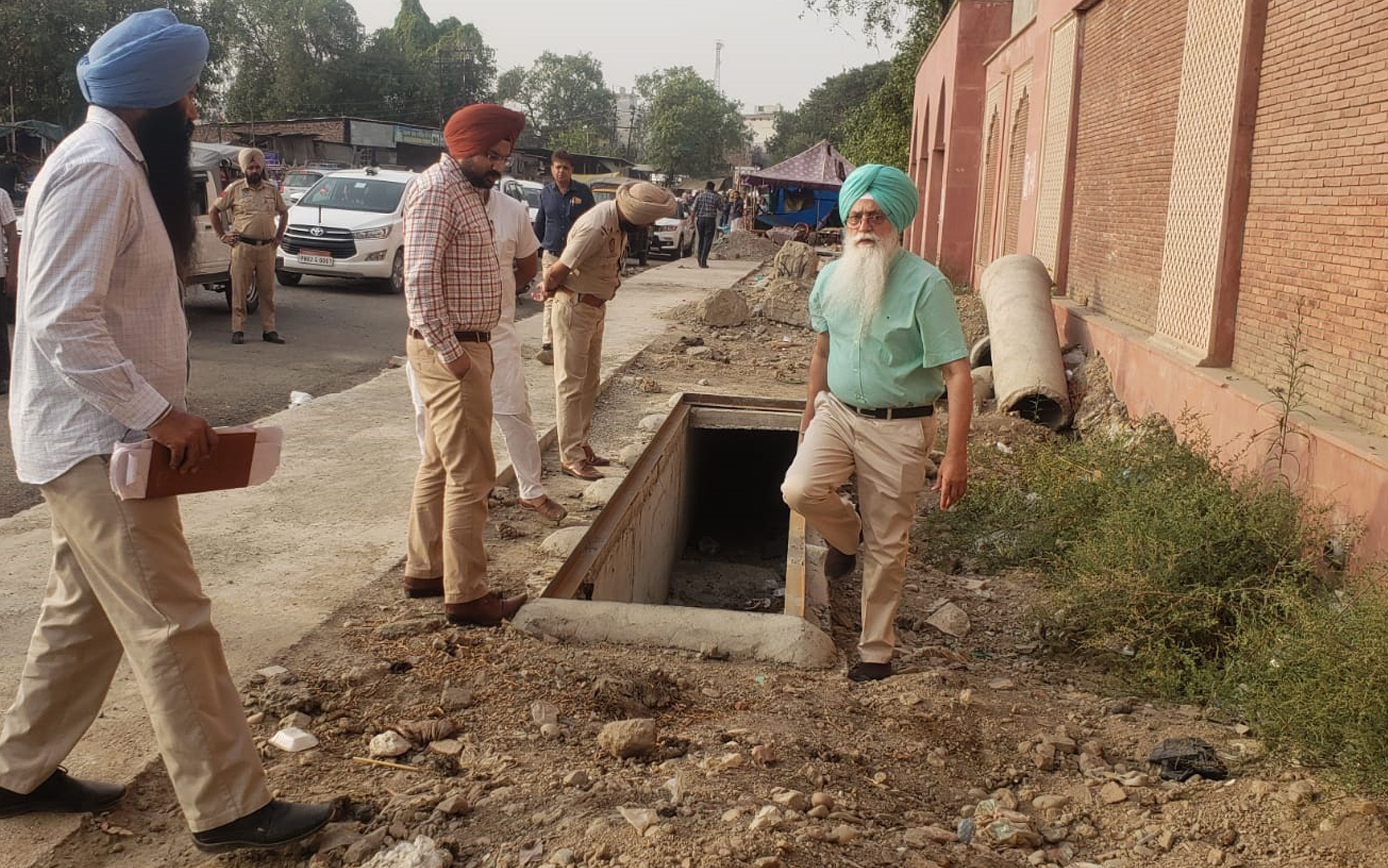 MC Joint Commissioner Hardeep Singh and MLA Inderbir Nijjar during an inspection of the smart road in Amritsar. Tribune photo

Work on the redevelopment of the outer circular road as a smart road is going on at a snail’s pace and there is little hope that it would be completed within the stipulated time.

As per the government’s announcement during the inauguration of the Rs 118.65-crore project, it is supposed to be completed within 28 months i.e. till January 2023.

The construction work on 7.4-km outer ring road was inaugurated by then Cabinet Minister OP Soni on September 18, 2020. During the past 21 months, the condition of the outer ring road has not improved much.

Municipal Corporation Joint Commissioner Hardeep Singh inspected the work on Wednesday and asked the officials to speed up the work.

As per the proposed plan, 1.8m-wide cycle tracks would be constructed on both the sides of the road. Lights would be installed on road sides and a parking lot would also be established to facilitate travellers and streamline the traffic.

The project is one of the major initiatives taken under the Smart City Mission and under it, desilting of sewerage would also be done, along with laying of new sewage lines as per requirements. All electricity wires and other cables would be taken underground, eliminating the need of digging for lying cable lines in future. Besides, all electricity poles and transformers would also be removed and replaced with new compact substations.

Footpaths for pedestrians, parking facilities for cycle rickshaws and auto-rickshaws would also be set up. Landscaping would be done for beautification of the road, along with installation of street furniture, establishment of green belt, bus stop shelters, lights, sign board and digital advertising boards.

New street vendor zones would also be provided to vendors where they can put up stalls without encroaching upon footpaths.

Post-construction, the respective firm would handle the maintenance work for the next five years.