Youth nabbed with two pistols in Amritsar : The Tribune India 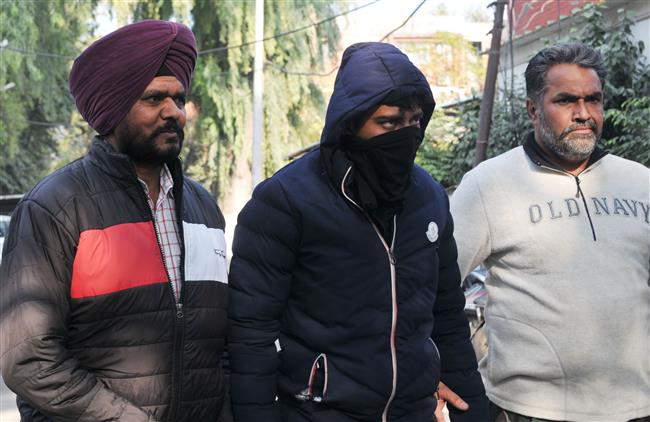 The accused in the police custody in Amritsar on Tuesday.

The city police have nabbed a youth and confiscated two foreign-made sophisticated pistols allegedly smuggled from Pakistan. His accomplice, however, managed to flee the spot.

The arrested youth was identified as Jagpreet Singh, alias Loha, of Khehra village here. The absconder was Arshdeep Singh of the same village.

Police Commissioner Jaskaran Singh said during a preliminary probe, Jagpreet said Arshdeep had got these two weapons smuggled from Pakistan. The police seized two automatic Slovakia-made pistols with two magazines and 10 bullets of .32 bore calibre. The police have registered a case under Sections 25 (8), 54 and 59 of the Arms Act against them. Raids are on to nab Arshdeep Singh. Their previous criminal records were being looked into.

Deputy Commissioner of Police (investigations) Mukhwinder Singh Bhullar said the police were investigating whether the weapons were smuggled through drones.

Police Commissioner Jaskaran Singh said 170 arms licences had been suspended. He said 12,000 weapons were issued by the city police in the past. He said all these licences were being reviewed during the ongoing drive launched by the police following the state government’s instructions. “The police suspended 170 arms licences as the licence holders were having some criminal record,” he said. He said the city police were verifying the licences without any bias.