WASHINGTON: Scientists have used a new technique to successfully wipe out a population of the world’s most invasive mosquito species on two island in China, in an effort to control the insect that spreads dengue, Zika and other diseases. 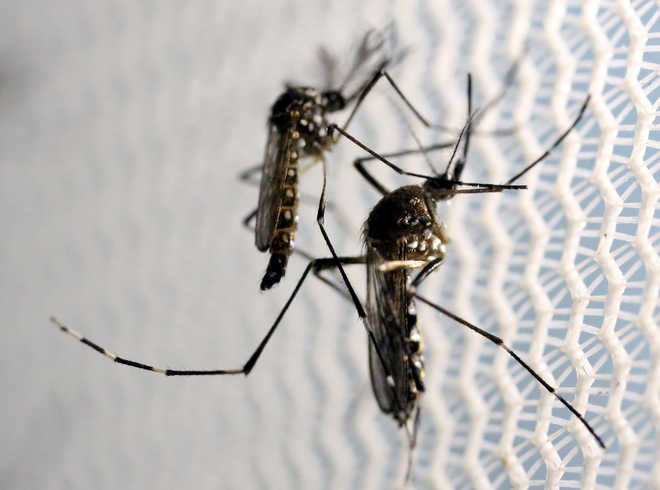 Scientists have used a new technique to successfully wipe out a population of the world’s most invasive mosquito species on two island in China, in an effort to control the insect that spreads dengue, Zika and other diseases.

The results of the pilot trial, published in the journal Nature, show that combining incompatible and sterile insect techniques (IIT/SIT) successfully enable near elimination of Aedes albopictus, or Asian tiger mosquito, populations on two relatively isolated islands in the Pearl River near Guangzhou over a two-year period.

Almost 200 million irradiated mass-reared adult males of a mosquito line infected with Wolbachia bacteria were released, said researchers at Michigan State University (MSU) in the US.

The SIT, a form of insect birth control, uses radiation to sterilise male insects, which are then released to mate with wild females.

As these do not produce any offspring, the insect population declines over time.

Combining it with the cytoplasmic incompatibility conferred to the males by Wolbachia allows a reduced radiation dose to be used, which keeps the males more competitive while sterilising the incidentally released females to avoid replacement of the target population.

“Our study predicts that the overall future costs of a fully operational intervention using this environmentally friendly approach will be around USD 108 annually, which seems cost-effective in comparison with other mosquito control strategies,” said Zhiyong Xi, a professor at MSU.

The company uses advanced mosquito mass-rearing and irradiation equipment that can produce the required number of mosquitoes.

Success of the field trial in Guangzhou resulted in a broad international collaboration with disease endemic countries including Singapore and Mexico.

The SIT has been used for over 60 years to fight agricultural pests such as the Mediterranean fruit fly and has only recently been adapted for disease-transmitting mosquitos.

The insect control method can be particularly useful against human disease vectors that are difficult to manage using conventional techniques, or that became resistant to insecticides. — PTI